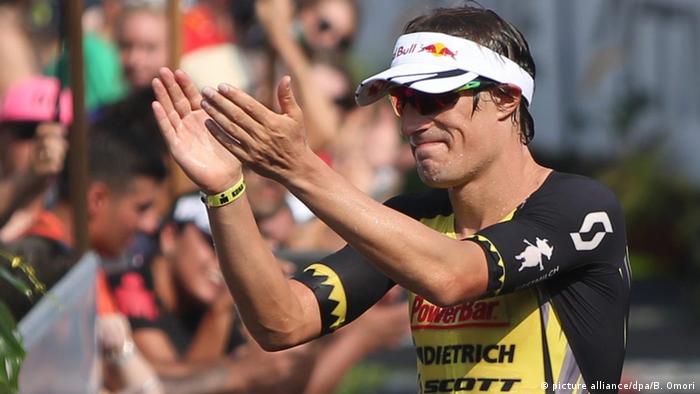 Frodeno completed the 3.8 km swim, 180 km cycle and 42.2 km run in eight hours, six minutes and 30 seconds to win his second-consecutive Iron Man triathlon in Kailua-Kona, Hawaii. His time is the fourth fastest ever recorded at the event.

Kienle finished second in 8:10:02, and Patrick Lange rounded out the podium at 8:11:14 to complete the German sweep. It is the third consecutive victory by a German in the event and second sweep by the country after Thomas Hellriegel, Jurgen Zack and Lothar Leder finished 1-2-3 in 1997.

"It feels that much sweeter," said Frodeno, who was greeted at the finish line by wife Emma and infant son Luca. "It's been a long year with lots of sacrifices. I'm just grateful to be here." 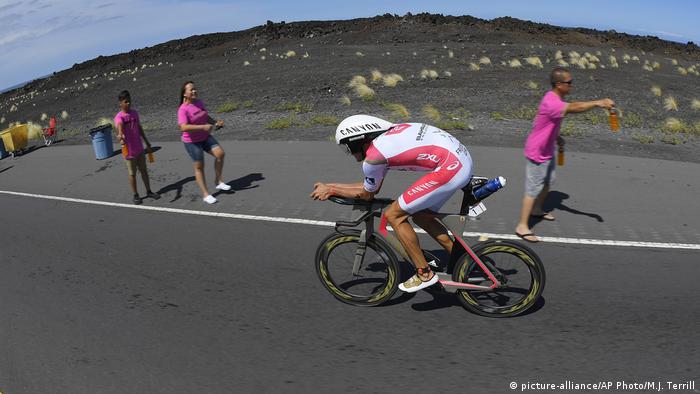 Frodeno won in a different style than his victory a year ago when he took the lead during the bicycle leg. With the leading seven men finishing the cycle locked together, Frodeno broke away from the pack during the run.

"I can't remember when I last suffered so much," Frodeno said.

"That was my best race ever," Ryf said. "Thanks so much to my team. I doubted all week whether I was strong enough on the bike and now I'm breaking the record in Kona. I didn't even feel any pain."