The court ruled a transgender parent who donated sperm before becoming a woman cannot be the child's mother, a distinction only given to the person who gives birth. Gay and lesbian groups are calling for a law change. 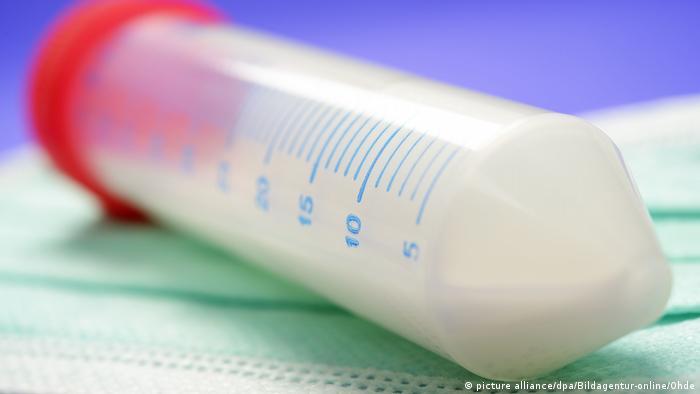 Germany's Federal Court of Justice (BGH) upheld a lower court ruling in a case on the legal definition of who is a child's mother or father.

The case involved a transgender woman who had frozen sperm before undergoing a male-to-female sex-change.

The plaintiff in the case was listed as a woman in a 2012 same-sex marriage and is now fighting for the right to be listed as the mother of the child born to her partner in that marriage.

German law defines a mother as the person who in fact gives birth to a child. The court found that despite a person legally changing his or her gender, it has no bearing on the legal relationship between either parent and the child.

Last September, the BGH found that, in a reversed situation, a mother could not retroactively be declared the father of the child that she bore when still a woman. The plaintiff in the case has appealed to Germany's Constitutional Court to overturn the decision.

According to the federal association Trans-Kinder, the case is about protecting the children of transgender parents. The Lesbians and Gay Federation in Germany (LSVD) criticized the BGH decision, emphasizing that it has made clear the need to reform laws defining descent in Germany. The group argues that a "legal recognition of the broad constellation of diversity of rainbow families must be guaranteed."

Russia pressures TikTok ahead of pro-Navalny rallies 53m ago