Germany's data privacy chief has told federal bodies not to use WhatsApp, amid concerns that it feeds Facebook with data. Ulrich Kelber said it appeared that the government has failed to establish enough safe services. 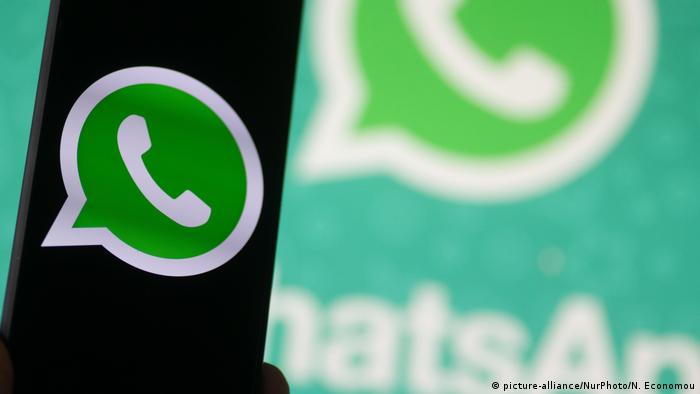 Data privacy commissioner Ulrich Kelber said any use of WhatsApp was prohibited for federal ministries and institutions, even if some had resorted to using it during the current pandemic.

In a letter to branches of the federal government, Kelber said that bodies must respect, and not neglect, data protection "even in these difficult times."

He stressed that federal entities were obliged to uphold Germany law and had a role model function.

The Düsseldorf newspaper Handelsblatt said Kelber, previously a Social Democrat (SPD) federal parliamentarian, was reacting to complaints from citizens about the use of WhatsApp by unnamed federal authorities.

"Just by sending messages, metadata is delivered to WhatsApp every time," said Kelber, adding that it could be assumed that these data snippets were then forwarded directly to Facebook, WhatsApp's parent concern.

"These contribute, even if only as a small piece of the mosaic, to the increased storage of personal profiles," he wrote, referring to IP addresses and locations.

"WhatsApp cannot read messages because they are encrypted throughout by default," said its spokesman.

Only the people who sent messages to each other could read them — but not WhatsApp, Facebook or anyone else, asserted the commercial service.

In recent weeks, Kelber has also entered debate in Germany about plans to create viral tracing and vaccination apps, warning that a person's health data must be especially protected in the online realm.

Videos depicting horrific violence and rape have been found circulating in high school students' chat groups across the country. Youngsters are often unaware of the consequences of being caught with illegal content. (19.02.2020)

A DW journalist recently discovered WhatsApp links that lead to closed groups could be found with a simple Google search. (27.02.2020)

Interviews with 16 patients infected by a visiting Chinese colleague at a company in southern Germany reaffirms that the virus often stays hidden. Most of them exhibited no or only mild symptoms, researchers say. (17.05.2020)