Everyone should have access to Germany's cultural heritage. That's the goal of a new multimedia portal, the German Digital Library. It encompasses sources from 1,800 cultural and academic institutions. 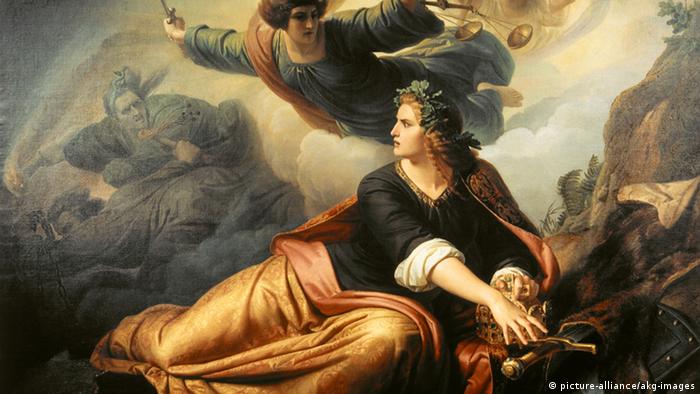 The website is still in the trial phase and there are a few rough edges to smooth out, but that will soon be resolved. The Deutsche Digitale Bibliothek (DDB), or "German Digital Library," is set to be an online collection of knowledge like no other.

The German Digital Library aims to be a network of culture and research, a unique archive of the cultural consciousness of Germany. And Europe, since the DBB constitutes another building block of the European online culture portal "Europeana," a single access point to millions of books, paintings, films, museum objects and archival records that have been digitized throughout Europe.

Europeana has been online for a good four years now and is a model for how the DBB online portal should look. Links to museums and exhibitions are illustrated with pictures, and the range of topics is so diverse that visitors can quite happily lose all sense of time while browsing the site.

Three years ago, on December 2, 2009, the German government decided to add a German entry to Europeana, namely, the German Digital Library. In cooperation with libraries, museums, archives and cinémathèques, German culture will be presented in multimedia format.

"We want to make culture and scholarship accessible to all," Hermann Parzinger said. He's the president of the Prussian Cultural Heritage Foundation and the DBB's executive committee. "The cultural heritage of Germany belongs to everyone," he added. "Because of that, we want to make all of this, as well as hidden treasures, accessible to everyone." 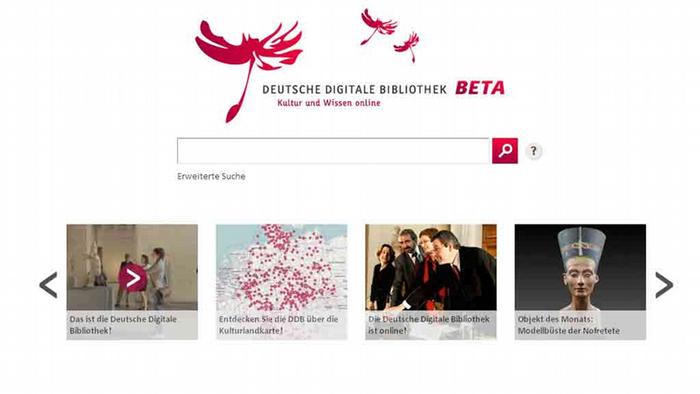 In development: A screenshot of the German Digital Library page

Virtual museum tours and 3-D views of sculptures and memorials will all be available on the site. "It will never be able to replace physically going to a museum," Parzinger said, "but we want to make it possible to prepare for and reflect on a trip to a museum."

Aside from that, the DBB makes objects that aren't normally on display available to the wider public. Fragile manuscripts and books, items which are highly sensitive to climate conditions, can now be viewed digitally and, with the aid of a virtual magnifying glass, examined up close like never before.

An answer to Google? 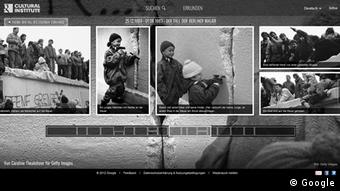 As a commerical enterprise, the Google Cultural Institute is not without critics

Such an online portal has been missing for a long time. The US web giant Google went some way with Google Books and has been uploading digitalized literary works for years. The new Google Cultural Institute is another useful information portal for history information, appealing to historians and scholars alike.

But even though the pages of the Google Cultural Institute are free of advertising, the project is not without its critics. It is, after all, a commercial enterprise, pitted in competition with other online service providers. Above all, Google's handling of user data remains a controversial issue.

The makers of the German Digital Library are somewhat distanced from this debate. "The information on the site is prepared with great editorial care and is approved by German cultural and academic institutions," Elke Harjes-Ecker from the Education Ministry in the German state of Thuringia explained. "Search results will not be influenced by commercial interests."

Type in "Peace of Westphalia" in the search field on the DBB website and 18 results pop up: black-and-white photographs with the sealing-wax and ink on the pages of the original peace treaty. By clicking on the images, users are sent to the Federal Archive of Baden-Wurttemberg, which is where the historical sources came from. There the images can be enlarged - although the resolution is pretty poor.

A search for Nobel-prize winner Günter Grass proves more successful: 96 hits turn up interesting links to correspondences, essays, interviews, interpretations of his works and poems from a number of different sources.

The DBB website is still in development. Up to now, "only" 1,800 cultural and academic institutions have registered, equating to 5.6 million data records. Yet in order to create a comprehensive overview, the website will have to incorporate a good 30,000 institutes. 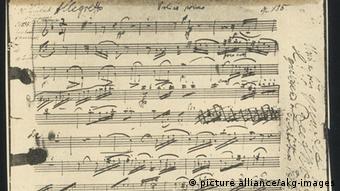 A priceless manuscript now accessible to all: Beethoven's String Quartet in F major (1826)

The site's operators promise that the copyright of all entries on the website will not be infringed. The DBB would like to make their digital collection available to the media: Journalists and authors of schoolbooks and e-learning programs, as well as computer game producers, should be able to utilize content on the DBB pages. But at a price, and access will also be limited: Not all content will be made available for further usage.

Some of the ideas proposed in the seven-minute long promotional video on the DBB landing page still seem a long way off. But the fact that culture and scholarship should be experienced digitally is now a given.

"We've yet to reach our goal. It's a process which will take years," Parzinger said.

It looks surprisingly good: Google is putting history in the home with its new multimedia "Google Cultural Institute." Will it bring history to more people, or is Google just conquering another aspect of our culture? (27.11.2012)

A new exhibition at Frankfurt's Kunsthalle Schirn explores changing perceptions of the private sphere in art over the decades. The influence of social media provides rich material for artists and curators alike. (05.11.2012)

In many countries, journalists have to fight censorship when trying to publish critical stories. The organization Reporters Without Borders has launched a website to publish stories otherwise suppressed by the censors. (02.12.2012)