Now widespread around the world, the idea and practice of organizing shared interests in cooperatives was initiated in Germany over 150 years ago. The concept was included on UNESCO's Intangible Cultural Heritage list. 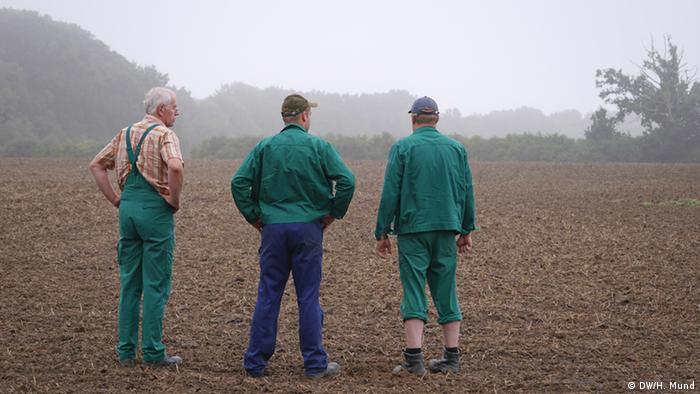 Germany's concept of cooperatives was included on UNESCO's Intangible Cultural Heritage list on Wednesday. The United Nation's heritage body aims to safeguard diverse traditions by adding new ones to its coveted list every year.

The world's first commercial cooperative can be traced back to 1849, when a group of 57 shoemakers in the small town of Delitzsch, Germany, pooled their resources to protect themselves from exploitative capitalism.

"Helping people help themselves" was the guiding principle behind the idea of cooperatives, according to Philipp Bludovsky, a historian and curator of the German Cooperatives Museum in Delitzsch. "The little guys have to band together; only then will they have the strength to liberate themselves."

It is an idea that has reached far and wide over the last 167 years and comprises nearly all aspects of daily living. There are groups that have banded together to form people's banks (similar to credit unions in the US), grocery stores (also known as co-op supermarkets) and medical practices. A stalwart against the impoverishment of rural areas, cooperatives are experiencing a bit of a boom in Germany today.

"In 2016, estimates indicate that the mark of 8,000 will be surpassed," said Eckhard Ott, chairman of the German Cooperatives and Raiffeisen Association (DGRV).

In need of safeguarding

This idea of doing business in a social way, with a focus on the greater good of the community, was submitted by Germany to UNESCO's Intangible Cultural Heritage list.

UNESCO representatives are meeting from November 28 to December 2 in Addis Ababa in Ethiopia to examine issues concerning intangible heritage in times of emergencies such as conflicts or natural disasters. There are 51 proposals from countries around the world being considered for inclusion on the Intangible Cultural Heritage list.

Falconry, another German tradition shared with other countries, was also added to the list. Other new additions include the Egyptian stick game Tahteeb, Belgian beer culture, Cuba's Rumba dance, and Nowruz, the traditional celebration of the New Year in countries including Iran, Afghanistan and others.

UNESCO's Intangible Cultural Heritage list has grown over the last 10 years to include Mongolian calligraphy, the process of making kimchi and Viennese horsemanship, to name a few.

Boasting a rich history and endless diversity, Belgian beer has been added to UNESCO's "intangible heritage" list. The UN body praised the country for fostering a unified identity despite being linguistically divided. (30.11.2016)

Ugandan music, Portuguese pottery and Cossack songs have been added to UNESCO's Intangible Cultural Heritage list, aimed at safeguarding traditions in danger of dying out. (30.11.2016)

The Korean art of making kimchi was among 20 practices and traditions added to the UN cultural agency's Intangible Heritage List. Other items include a tug of war game popular in parts of Asia and horsemanship in Vienna. (03.12.2015)