Artur Brauner, Atze to his friends, has been an imposing figure in the German movie business for over 50 years. The 88-year-old producer has over 300 films under his belt. His latest, "The Last Train," just opened. 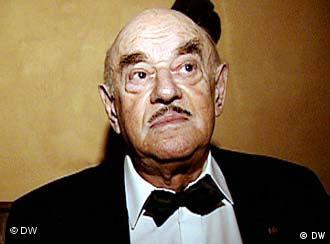 Brauner is one of Germany's most succesful movie producers

A survivor of the Holocaust, over 20 of the producer's movies have focused on this dark period of Germany's history.

Brauner was born in Lodz, Poland on Aug. 1, 1918. His father was a Jewish wholesaler. Although Artur, four siblings and his parents survived the war on the run, many of their friends and relatives perished in Nazi concentration camps. 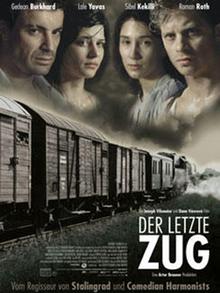 "The Last Train" has received great reviews in Germany

For the passionate movie-fan Brauner, this medium was appropriate for coming to terms with European history and his own experiences. In September 1946, he founded the Berlin Central Cinema Company (CCC). His first film dedicated to the Holocaust was "Morituri" which told the story of prisoners who had managed to escape.

However, Germany's post-war audiences wanted light entertainment in the form of detective stories and German-style Wild West adventures. Brauner changed tack and transformed the CCC into one of Europe's most successful studios by churning out box-office hits. It produced the popular Dr. Mabuse films and Edgar Wallace adaptations, as well as movies such as "Girls in Uniform" and "The Passersby" with Romy Schneider.

Bearing witness to the past

With the money Brauner made from CCC's commercial successes, he was able to finance projects which were closer to his heart.

"I think that you need a certain direction in life," he said. "I divide my time between making ordinary entertainment films...and films that are intended for the time when I'm no longer here. In maybe 500 or 100 years, they will bear witness to what happened in the past."

In 1975, he produced Alexander Ford's "The Martyr," which told the true story of a Warsaw doctor who accompanied children from his orphanage to the Treblinka death-camp. 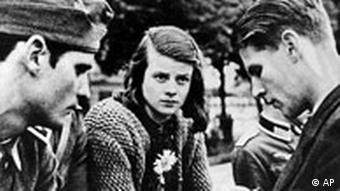 Michael Verhoeven's "The White Rose" about the Munich resistance group leaders, who were executed by the Nazis, was made in 1982. A few years later, "Europa Europa" traced the life of a young Jewish boy who survives the war by hiding his roots and eventually joining the Hitler Youth movement. Although the movie got a poor reception in Germany, it was an international hit. There was much embarrassment when it was nominated for an Oscar for Best Adapted Screenplay.

From Berlin to Auschwitz 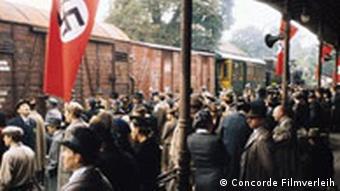 Scene from "The Last Train"

Brauner's most recent production, "The Last Train," opened in Germany this month. It starts in April 1943 when hundreds of Berlin Jews were rounded up to clear the capital in time for Adolf Hitler's birthday.

The trains left from the capital's Grunewald station in an elegant residential district where the inhabitants claimed to have noticed nothing. In the opening sequence, the camera pans round to the "Platform 17" memorial to the deportees erected by Deutsche Bahn. The national railway service partly sponsored the film. 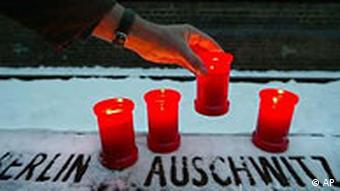 The last train is a cattle-train -- its destination is Auschwitz. The film depicts the suffering and hopelessness of masses of people locked up in wagons for days and days. Their desperation increases as they struggle with hunger, thirst and their fear of the unknown.

"I think about the past day and night and I'm in constant touch with the past," Brauner said. "I need to make these victims unforgettable, I want them all to be given faces. If it achieves the aim that people who have seen the film say 'never again' and that nothing like this ever happens again, then I'll have done something right."

Satirizing the Holocaust has long been a taboo theme in Germany. After all, how can the Nazi extermination of six million Jews be anything but tragic and unspeakable? (09.04.2006)

The Central Council of Jews in Germany has called for the country's Nazi history to be taught as a separate subject. But teachers' representatives remain skeptical. (04.07.2006)