Pressure mounts on top German liberal Jürgen Möllemann to apologize for remarks he made about a leading figure in the Jewish community. But a war of words is continuing between German Jewish leaders and Möllemann's FDP. 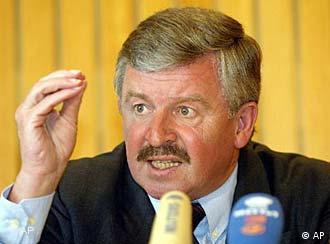 The liberal democratic party (FDP) called a special sitting on Friday in an effort to end the debate over controversial remarks by the deputy leader, Jürgen Möllemann. Möllemann, who is also head of the German-Arab society, accused the vice-president of the Central Council of Jews, Michel Friedman, of fuelling the spread of anti-Semitism in Germany with his 'intolerant, hateful style'.

His comments raised the stakes in a national debate on whether the FDP was moving to the right, which was sparked by a similar accusation Möllemann had made against the Israeli Prime Minister Ariel Sharon, whose military assault on Palestinians he likened to the practices of the Nazis.

On Thursday night Friedman (photo), appearing on German television, hit back at Möllemann and his party, saying they were giving rightwing populism a respectable face.

"Until recently, the voices of the extreme right wing were on the fringes of society," Friedman said.

"Now they're freely available from a petrol pump called the FDP. Möllemann is operating it, and Westerwelle (FDP leader), is the owner." 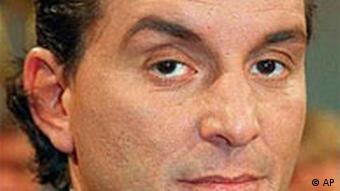 Germany's ruling Social Democratic Party (SPD) joined the fray on Thursday urging the FDP to distance itself categorically from anti-Semitism and rightwing extremism. SPD politicians said they would not work with the FDP in future unless it set itself apart from anti-Jewish elements.

As the war of words continues to rage, the FDP says its popularity has not been affected by the controversy. Recent poll ratings of around twelve percent give the party a good chance of entering government later this year. But the German Chancellor Gerhard Schröder has described the anti-Semitism debate as 'disastrous' and has warned that it could harm Germany's international reputation.

But, he added, it would be dangerous if Germany gave the impression that those of the Jewish faith were not welcome.

The anti-Semitism debate has raised questions over Germany's reputation as a country in which World War Two guilt has mandated unwavering public support for Israel and sensitivity towards the Jewish community.

It comes amid growing concern about the rise of the extreme right after electoral gains by the French National Front leader Jean-Marie Le Pen and the party of murdered Dutch rightist Pim Fortuyn, as well as the anti-immigration National Front in local elections in the United Kingdom.

Ignorance a form of denial?

Anti-Semitism among the wider German population was also the subject of a survey of more than two thousand university students in the German town of Essen earlier this month. The study found that one third supported an end to debates about Nazi war crimes and the Holocaust. Of those, more than sixty percent said they were in favour of a 'healthy national pride'.

The authors of the study, Essen University researchers Professor Klaus Ahlheim and Bardo Heger, say the results show a kind of 'secondary anti-Semitism' exists among German students. Although only a tiny minority of respondents said they would not support the appointment of a Jewish German president, seventeen percent said Jewish people used their history to their advantage. And one fifth said that Jews took advantage of Germany's bad conscience.

Ahlheim and Heger say most respondents who said they were tired of being confronted with the past had a very poor knowledge of history. Nearly a third of respondents did not know the year the Second World War began. Seventy-seven percent were unaware what was discussed at the Wannsee Conference, where the so-called 'Final Solution' to exterminate Jews was mapped out.

The Free Democratic Party says Syrian-born Jamal Karsli, an outspoken Israel critic, has withdrawn his application to join the party. But a key state party leader remains in the hot seat. (May 26, 2002)

Would-be German foreign minister Guido Westerwelle has begun a visit to Israel at the most inconvenient time. His party back home has been blasted for anti-semitic statements. (May 27, 2002)