Germany Welcomes Annan′s Call for Action | Germany| News and in-depth reporting from Berlin and beyond | DW | 22.03.2005

Kofi Annan's ambitious reform plans for the United Nations have met with a largely positive response in Europe. Germany feels it's inched closer to reaching its goal of a permanent seat on the UN Security Council. 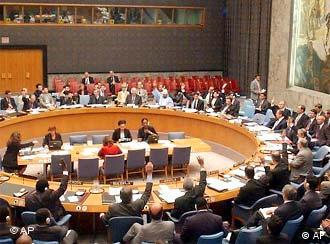 Calling for action, not more words, to fulfil pledges already made, UN Secretary General Kofi Annan presented his plan for overhauling the UN to the General Assembly on Monday.

If acted on, the proposals -- ranging from a nine-member increase in the Security Council's membership to the establishment of a new human rights council -- would mark the most wide-ranging reforms since the UN was founded 60 years ago.

"This hall has heard enough high-sounding declarations to last us for some decades to come," Annan told the assembly. "We know what the problems are, and we all know what we have promised to achieve. What is needed now is not more declarations, but action to fulfil the promises already made."

One of the most closely-watched ideas in Annan’s recommendations is the expansion of the Security Council. "I urge member states to make the Security Council more broadly representative of the international community as a whole, as well as of the geographic realities of today," the secretary general said. 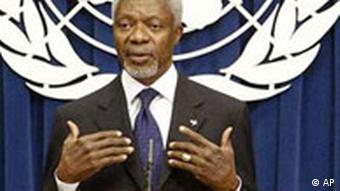 Kofi Annan called for strong reforms to the UN

Though there was no explicit mention of Germany, one of the aspirants to a permanent UN seat, the German government on Monday indicated that it welcomed Annan's clear statement.

Germany has fervently lobbied for a permanent seat on the council and felt "strongly reconfirmed" in its ambitions, said the Berlin government’s deputy spokesman Thomas Steg. German Foreign Minister Joschka Fischer on Tuesday also welcomed Annan's sweeping reform proposals for the United Nations, saying they were crucial for peace and stability in the 21st century. "It showed a healthy dose of realism," Fischer said.

Although Security Council reform has been discussed at the UN for decades, the issue is so complex and politically sensitive that agreement has been impossible. Seeking to break the deadlock, Annan urged realistic action.

"It would be preferable for member states to take this vital decision by consensus," said Annan. "But if they are unable to reach consensus, this must not become an excuse for postponing action."

Should it come to a crucial vote, the German government assumed it would gain the necessary majority for a permanent seat, Steg said.

Former German Defense Minister Volker Rühe, from the opposition Christian Democrats, said the world would need the UN more than ever before in the 21st century. For this reason, the Security Council could no longer have a setup dating from the aftermath of World War II.

Two models for the Security Council

A UN high-level panel has outlined two possible models for increasing the Security Council's membership to make it more representative and inclusive.

Model A would add six new members to its five permanent members, Britain, China, France, Russia and the United States. The new permanent seats would, however, have no veto power. This model also recommends an additional three new two-year terms or non-permanent seats, divided among Africa, Asia and the Pacific, Europe and the Americas.

Model B would add a third tier of semi-permanent members to the council, with no new permanent seats, but rather a new category of eight four-year, renewable-term seats and one new two-year, non-permanent (and non-renewable) seat, divided among the major regional areas. 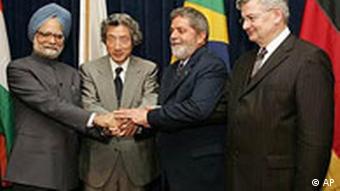 India, Japan, Brazil and Germany formed the G4 group to lobby for a permanent council seat

Germany -- together with Japan, Brazil and India -- launched a joint effort for permanent seats on the council last year. In a joint statement issued Monday, the four nations welcomed Annan's report and said they would work with all member states to reach agreement on council reform based on Model A.

They noted that recent General Assembly debates had demonstrated that "a clear majority" of states favored adding permanent and non-permanent members from both developed and developing countries.

In a telephone conversation with Annan, US President George W. Bush told the UN chief his speech on UN reforms "had some constructive ideas" and that he looked forward to working with Annan on it, said White House spokesman Scott McCellan.

But earlier, the United States cast doubt on a council resolution that would set rules for authorizing military force. "Frankly, we're skeptical that any kind of resolution on the use of force would be helpful," said deputy State Department spokesman Adam Ereli. 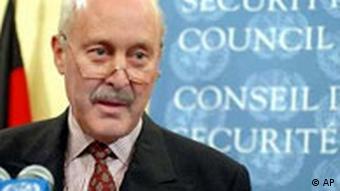 The German ambassador to the UN, Gunter Pleuger, said he was nevertheless confident that the United States would agree to UN improvements.

"We saw in the past year that even the largest power in the world can’t win peace by itself, even if it won a war previously," said Pleuger. "That’s why I think all member states are interested in making these reforms a success."

Please click on the second page to continue reading the story

But while the United States may be hesitant to accept the changes, a BBC World Service poll saw overwhelming support in the population for the UN to be reformed.

The proposal to expand the Security Council to include new permanent members was supported by a majority in 22 of 23 countries surveyed. Among the countries discussed as possible new members, Germany and Japan were especially popular. 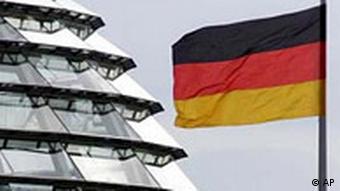 Germany was favored in 21 nations, with an average of 56 percent across all countries.

The poll of 23,518 people was conducted for the BBC World Service by the international polling firm GlobeScan together with the Program on International Policy Attitudes at the University of Maryland.

"Results suggest that the tight control of the United Nations by a few countries may soon be history," said GlobeScan’s president Doug Miller. "There is strong popular support for the democratization of the UN system."

Annan wants the major changes to be agreed at a summit of world leaders at the UN headquarters in September, which will mark the body's 60th anniversary.

"In any such list of proposals, there are items which seem more important to some than to others," he said. "The temptation is to treat the list as an à la carte menu, and select only those that you especially fancy. In this case, that approach will not work."

The German government felt Annan had given the UN’s reform "very powerful and new momentum" with his plans, said spokesman Steg.

He added that the body’s reform was a key issue for the German government. "For us, the point is to strengthen the principle of multilateralism and there is only one forum worldwide that is suitable to do that: the United Nations," Steg said.

However, not everybody is as optimistic about Germany's chances of getting a permanent UN seat.

"It matters a lot in which way you’re trying to make yourself part of the equation. I personally believe that our campaign for a permanent seat on the UN Security Council has been a bit too brash and self-complacent at times," said Claudia Nolte, foreign affairs spokeswoman for the Christian Democrats.

"This may have turned potential supporters into opponents. Secondly, the German government should state more clearly why it thinks it deserves a permanent seat and in which way it’ll live up to greater responsibilities. People here and abroad have a right to know this." 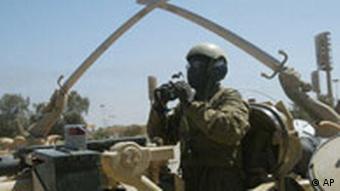 Sources close to the US administration believe that Germany’s hopes for a permanent seat will be dashed by what they view as the country’s failure to do enough for Iraq’s post-war reconstruction. In addition, they say, Germany might not be able to live up to its greater responsibility financially, given its economic woes at present.

In fact, Kofi Annan himself made it clear that a country’s financial contributions to the world body would play no
small role in deciding which new members to accept on the council. Consequently, government spokesman Thomas Steg said on Tuesday that official development assistance had to be increased substantially in order to move closer to the aim of allocating 0.7 percent of GDP to development aid by 2015, as laid down in the UN millennium goals. At present, Germany only spends 0.29 percent of GDP for this purpose --too little to impress anyone in the world body.

Germany's two-year stint as a non-permanent member of the UN Security Council ended at the end of last year. Despite the turbulence over Iraq, German officials said the term was constructive. (Dec. 27, 2004)

Germany, Japan, Brazil and India -- the so-called G4 group -- launched a joint effort for permanent seats on the United Nations Security Council after meeting on the fringes of the UN General Assembly in New York. (Sept. 22, 2004)