A court has ordered a man accused of pushing a woman in front of a train to be put in a closed psychiatric ward indefinitely. The court said he can't be legally responsible for the crime due to mental illness. 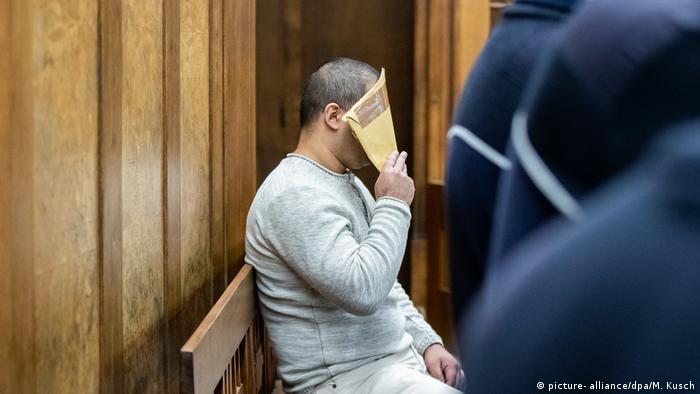 A man who pushed a woman in front of a moving train, killing her instantly, will be committed to psychiatric care indefinitely, judges have decided.

The court stated that the "disturbing" offense committed was murder with malicious intent but that the 28-year-old suspect could not be convicted because of his schizophrenia. His illness meant he might not have been able to distinguish between right and wrong at the time of the attack, the judges said.

The court ruled that he posed a threat to the public and therefore needed to be committed to a psychiatric ward.

The attack took place in July 2019 in the western German town of Voerde in North Rhine-Westphalia.

According to the court, the 34-year-old victim was taken by surprise as the attack was unprovoked, and the victim had had no contact whatsoever with the perpetrator. The judges said the motive was unclear.

The defendant said he had felt unwell on the day of the attack, that his head had been spinning and that he may have tried to hold on to someone. He denied he intentionally pushed the woman, saying via his attorney that he "does not push women."

The verdict can be appealed.

Less than two weeks after the Voerde attack, in a separate incident, an eight-year-old boy was killed when a man pushed him and his mother in front of an incoming train at Frankfurt central station. The woman managed to scramble to safety, but the child died. 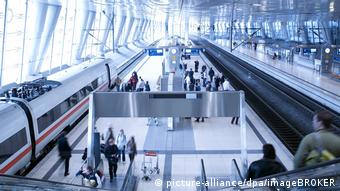 Convicted murderer Jens Söring returns to Germany from US

A German convicted of killing his girlfriend's parents has made his way home after three decades in a US prison. But some investigators, including a sheriff, have cast doubt on his role, saying he may have been innocent. (17.12.2019)

A group of seven young men beat to death a firefighter in front of his wife and another couple after they visited Augsburg's Christmas market. The murder has shocked the city and the wider state of Bavaria. (08.12.2019)

Bundestag President Bärbel Bas has taken part in an official Holocaust memorial ceremony. She is the first high-ranking German official to do so.