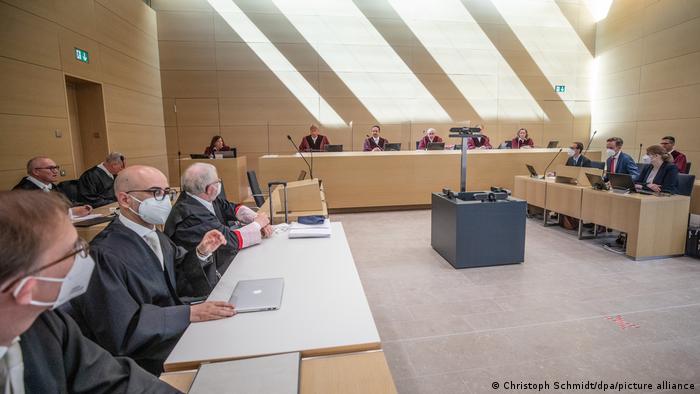 Germany's top court upheld fines amounting to millions of euros against a bank and two London share traders for tax fraud on Wednesday.

The Federal Court of Justice, located in the western German city of Karlsruhe, was ruling on an appeal against the fine issued by a Bonn district court in March 2020.

The Bonn court had issued a fine of around €14 million ($16.5 million) for one of the traders and ordered the private German bank MM Warburg to pay back around €176 million. The sentence also included suspended jail time.

What is the 'cum-ex' scandal?

The "cum-ex" case was the result of traders using a loophole to trick governments and receive millions in tax repayments for taxes they had never paid.

They employed multi-billion-euro trades to file bogus tax reclaims and scam the state between 2005 and 2011. They particularly profited in the wake of the 2008/2009 financial crash. The defendants claimed they were merely taking advantage of a loophole.

A German banker involved in the case was sentenced to five-and-a-half years in jail in June after being found guilty of "aggravated tax fraud."

The fallout of the scandal

Germany closed the loophole in 2012, but not before losing billions of euros. Across Europe, states lost over €55 billion in the scandal.

Even though the top court has now confirmed the millions of euros in fines, the full amount lost will likely never be recovered.

Prosecutors hope that the trials will nevertheless aid in the uncovering of similar cases. It is also hoped that the sentences against the two traders will set a precedent in other trials connected to the scandal.

With its technical complexities and the fine line between legal loopholes and illegal activity, the case has been called the "most complicated" tax fraud case in history.