A severe storm has left a trail of destruction in the German region of East Frisia, damaging up to 50 homes. Experts say a tornado may be to blame. 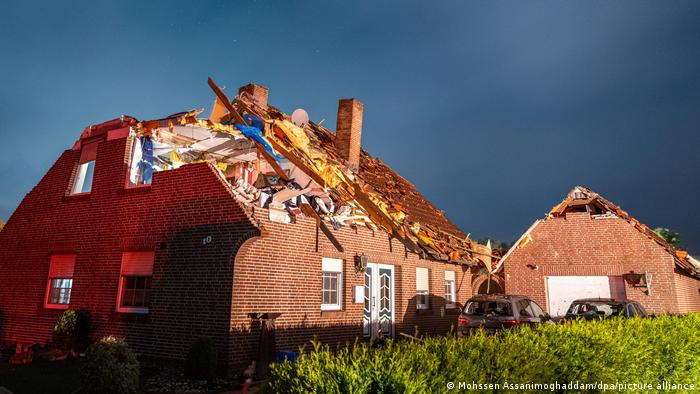 A suspected tornado in East Frisia has damaged several houses

A storm on Monday evening ripped roofs from houses, overturned vehicles and toppled trees in a municipality in the East Frisia (or Ostfriesland) region of the northwestern German state of Lower Saxony.

No one was reported to have been injured in the storm, which mostly affected the municipality of Grossheide in the Aurich district. But the local fire brigade said some 50 houses were damaged, five of which were rendered temporarily inhabitable.

Some gas, water and electricity connections were also damaged by falling trees. 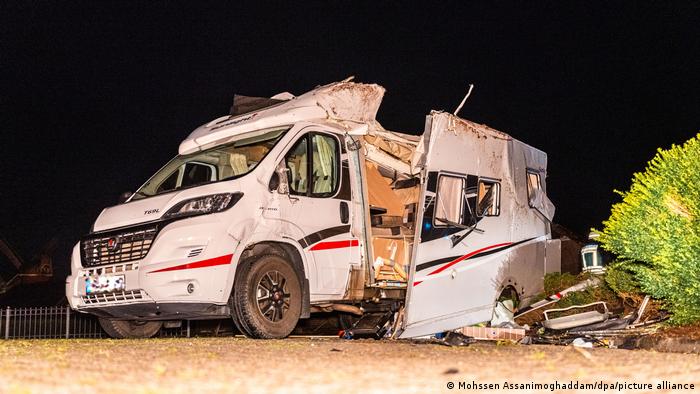 Vehicles were also bady damaged in the storm

A spokesman for the fire brigade described the power of the storm as "unprecedented" in the region and called it "tornado-like."

"It was pure chaos that had to be cleared up," Manuel Goldstein said on Tuesday.

A spokesman for the German Weather Service (DWD) told the dpa news agency that it was "plausible" that a tornado may have taken place, "but we have to verify it."

The storm has already been classed as a tornado on the weather information website tornadoliste.de.

Scientists say that global warming is increasing the probability of extreme weather events occurring in all regions of the world.