German Chancellor Angela Merkel on Monday received the Theodor Herzl Award in Munich for promoting "ideals for a safer, more tolerant world for the Jewish people." DW spoke to Ronald Lauder, who heads the World Jewish Congress, about the decision to award Merkel. DW: Mr. Lauder, you're presenting the Theodor Herzl Award to Chancellor Merkel. Why are you doing so? What are your intentions?

Ronald Lauder: First of all, Chancellor Merkel has been wonderful to the Jewish people in Germany and she's always been a strong supporter of the state of Israel. And for that she is receiving the Herzl Award, which is the major prize in the Jewish world.

At the same time, the World Jewish Congress has just presented a new study about the rise of anti-Semitism in Germany. You wrote an op-ed just recently pointing out the findings. What's your explanation?

Well, there's two parts. First of all, there's always been anti-Semitism in Germany, but between right after 1945 to almost the 1980s, it was hidden. In the recent survey, we found out about people's feelings today. Twenty-seven percent of people said that they had strong anti-Semitic feelings about Jewish people. And the question comes in: What happened?  Why do people feel the way they do? And that's one of the things we're talking about today. 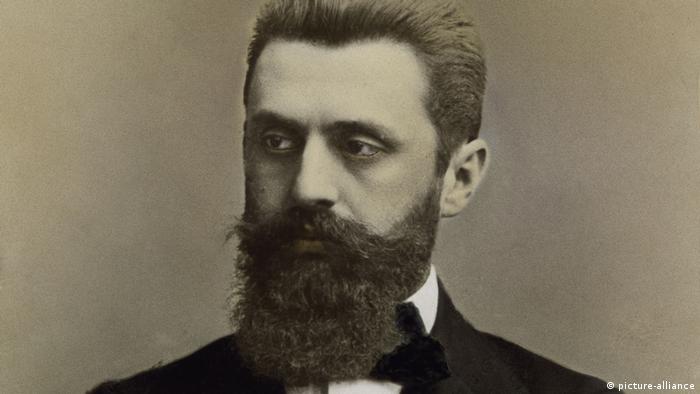 Theodor Herzl is known as the father of political Zionism

What's your explanation? You said you feel a sort of angst as well again about these findings. What is this doing to you?

First of all, I think the reason has to do a lot with education. We are now three generations away from the Holocaust. And many of the anti-Semitic people were young people who never knew what happened during that time. And I believe that the teaching in school, although good, is not strong enough to allow the children to really understand the horrors of what went on.

What are the failures on the government's side, in the political field and the elites in this country, in your opinion?

Well first of all, in the political field, I believe that anyone in any party who shows anti-Semitic feelings should not be in that party. And I believe also there are some parties, small parties that are basically based on almost a neo-Nazi theory. They should be not allowed. And then marches like we had in Chemnitz or in Dortmund — although they did not wear the signs of Nazi Germany, there was no doubt where they were. Or in sports stadiums where a whole group of people stand up and give the Hitler salute. What does that say? That's something the government has to handle.

Ronald Lauder has been president of the WJC since 2007.

The interview was conducted by Frank Hofmann.