A man has fatally shot a woman in southwestern Germany. Police have reason to believe the other person who died in the incident was the perpetrator. 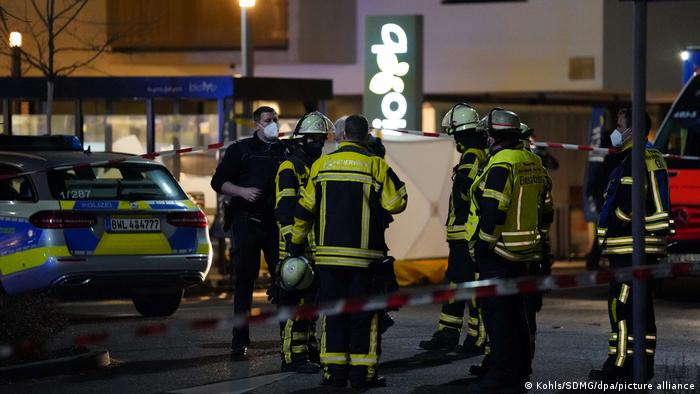 Two people were killed in a shooting incident in southwestern Germany on Wednesday evening, police said.

Reutlingen police posted in a Tweet: "In Kirchheim Teck there was a police operation this evening after a homicide. According to initial findings, a man shot his wife and then himself. There was no danger to third parties."

According to a police statement, officers were alerted to the incident after passers-by had heard gunshots.

Upon arrival a few minutes later, police found the body of a woman in the entrance of the shopping market. The man was found dead in his car, where police say he had shot himself.

The presumed murder weapon was recovered from the car.

Criminal investigators are now piecing together the course of events along with a possible motive for the shooting.

Police have appealed for witnesses to come forward with any further information they might have.