With the country turning away from the Red-Green government and poised for a new political departure, DW-World spoke to Green party politician Hans-Christian Ströbele about the legacy of the late '60s. 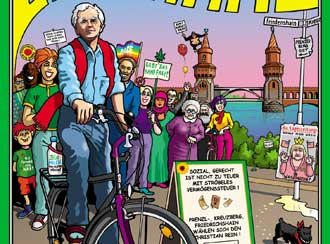 Today, Ströbele has a cult following

After announcing he'd be retiring to the back-benches after the recent elections, incumbent Foreign Minister Joschka Fischer gave an interview declaring he was the last rock 'n' roller in German politics. Many believe that particular distinction actually belongs to another Green party stalwart, Hans-Christian Ströbele. Both popular with younger voters, they've also both long vyed for the role of Green party's moral backbone.

But Ströbele plays down the rivalry. "I feel that the contrast to Joschka Fischer was just an idea pushed by the media," he said. "The people who vote for me do tend to be very young. My support base includes over 50 percent of the under-25s. They vote for me because I represent integrity and I never make promises I can't keep." 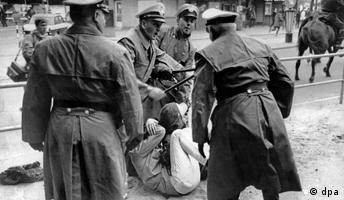 He was also considerably further on the margins of mainstream Germany than Fischer ever was, despite his famous street-fighting past (photo). In the early 1970s Ströbele was among the lawyers set to defend the Baader-Meinhof terrorist group at the Stammheim trial in Stuttgart, only to be excluded from the courtroom in 1975, accused of complicity with the terrorists. In 1977 he was one of the founding members of Berlin's left-wing daily Tageszeitung, and today, he's a member of the Bundestag -- and a fervent champion of 1968-style idealism.

In 2002, he was the first Green party politician to be directly elected to parliament, and successfully defended his seat on Sept. 18 this year, despite the sharp drop in the Green party's popularity across Germany. 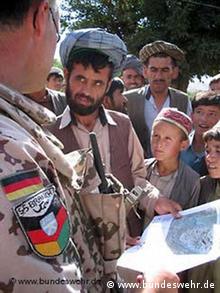 He has mixed feelings about the end of Schröder's government. To the Green party's more fundamentalist base, it never quite went the distance. It might have negotiated phasing out nuclear energy and pushing up tax on petrol, but the much-touted reform of the citizenship laws, for example, ended up seriously diluted -- while Ströbele was one of the only politicians to insist Germany remain staunchly pacifist in regard to international conflicts.

"The Red-Green coalition definitely made some progress, but there was a limit to what it was willing to do," he said. "Personally I was very disappointed, I had very different expectations. But basically it wasn't a coalition of 68ers, it was a coalition between the Greens and the Social Democrats, and the latter in particular have principles that are very far removed from the 68er vision." 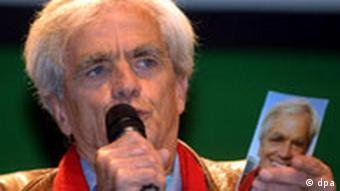 "I always looked for the people in government and parliament who supposedly belonged to the 68er generation," he went on. "Gerd Schröder was never a 68er, even though the media was always trying to attach that label to him. (Interior Minister) Otto Schily was maybe a marginal figure, but he definitely wasn't one of the demonstrators out on the streets. These people didn't really belong to that scene, but they were heavily influenced by it."

Disappointing it may have been to an avowed leftist, but Germany's government over the last 7 years was probably the first and last time the 68er generation had an opportunity to effect lasting change. 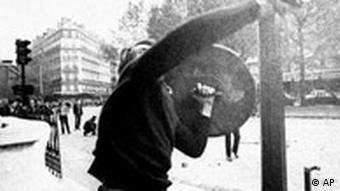 Thirty years after students took to the streets in protests across Europe, the former firebrands are now slowly reaching retirement age. Their chance to make a difference is almost over. But according to Ströbele, their influence can't be underestimated.

"It's not that society is moving away from the values of the 68er generation, but the people who upheld them are slowly leaving the public stage," he said. "The values remain, and these days, they've infiltrated all corners of society. Back then, people fought very hard to achieve a lot of things that are now taken for granted."

Confronting the Nazi past

And liberalizing a country steeped in 1950s conservatism was no mean feat. "Back then, Germany was basically still run by former Nazis, even if people never said so out loud," explained Ströbele. "My teachers were all Nazis. And when young people realized this, it led to a radical rejection of the society of their parents."

The more extreme objectives of the 68er rebellion were never achieved, and Ströbele admits mistakes were made. "Our idea that we could usher in a revolution in Germany by dispensing with parliamentary democracy and introducing a completely different social order -- we favored a Soviet-style republic or grass-roots democracy -- proved to be an illusion," he said.

"But it was a revolutionary movement that set out to bridge the gap between rich and poor and demolish the power of the banks and corporations," he explained. "Clearly, it failed in this mission, but what it did do was transform Germany's entire value system. It might have failed in its main objectives, but the changes it swept along with it have become part and parcel of German life."

Even though today's younger generation is broadly dismissed as empty-headed and apolitical, Ströbele has faith they still have a social conscience. 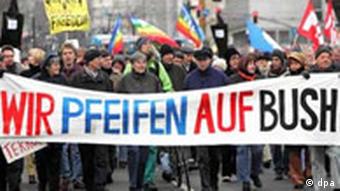 Demonstrations against the Iraq war

"Even in 1968, the students who took to the streets were only ever a minority," he said. "When I talk to young people today I recognize a lot of the same basic criticisms against society and the world order that we had back then. And compare the demonstrations against the Vietnam war with the protests against the US-led strike on Iraq in 2003 -- there were ten times as many people this time round. There's a different approach these days, people are political in different ways, they're less theoretical and less radical. But to say that people have become depoliticized is to misrepresent history."

And as for those who accuse the 68ers of triggering social destitution with their anti-authoritarian child-rearing, free love, communes and drug-taking -- Ströbele's having none of it.

"Without a doubt, the neo-conservatives have contributed far more to a decline in values and the fact that a lot of young people think life is about consumer consumption and having fun," he insisted. "The 68ers took their political and social responsibilities very seriously, unlike many conservatives."

Times May Change, But "taz" Here to Stay

When Germany's leftist daily newspaper "tageszeitung" was founded in April 1979, skeptics said it wouldn't last a year. Now, 25 years on, the taz's own brand of critical, sarcasm-laced journalism is still going strong. (April 16, 2004)

After thousands flocked to Florence, Italy, for the country’s largest anti-war demonstration on Saturday, organizers of the European Social Forum said they would plan a series of Europe-wide protests against an Iraq war. (Nov. 10, 2002)

Deputy chairman of the Green parliamentary group Hans-Christian Ströbele has spoken out in favor of relaxing restrictions on soft drug possession. (Nov. 20, 2003)