The attack took place on an Intercity Express (ICE) train between the southern German cities of Regensburg and Nuremberg. Police have reported several injuries. 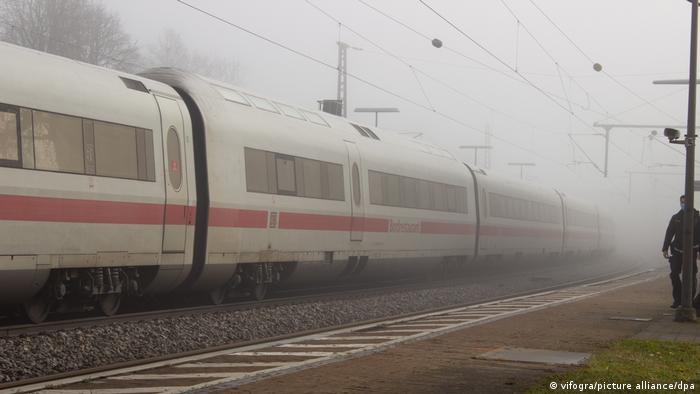 German Federal Police on Saturday said there was a knife attack on a train in the southern German state of Bavaria, resulting in several injuries.

The train was traveling near Neumarkt between the cities of Regensburg and Nuremberg at the time of the incident.

The Bavarian Red Cross said three people were seriously injured. None of the injuries are thought to be life-threatening.

A police spokesman told BR24 public broadcaster that the details of the attack were unclear, but that police had received a call around 9:20 a.m. local time (0820 UTC).

A 27-year-old Syrian citizen has been arrested, police said later.

"This knife attack is horrible," Interior Minister Horst Seehofer said in a statement.

"I would like to thank everyone, especially the police and the train staff, for their brave action, which prevented something even worse from happening," he added.

No immediate link to terrorism

The motive for the crime is "still unclear and will now be determined," Seehofer said.

Germany's Bild newspaper said investigators are currently ruling out a terrorist background to the incident.

But German media reports said attacker appeared to be suffering from psychiatric problems and had called for help on the train.

Police spokesman reporting on the train knife attack in Bavaria

After police were called, the train was stopped near the town of Seubersdorf, south of Nuremberg.

A spokesperson for German rail operator Deutsche Bahn said the railway line between the two cities had to be shut down.

Long-distance traffic was being diverted, causing delays of 30 to 60 minutes for passengers.