Thousands of German scientists — many using public funds — have published their results in quasi-scientific journals without being peer reviewed, according to a report. An expert described it as "a disaster for science." 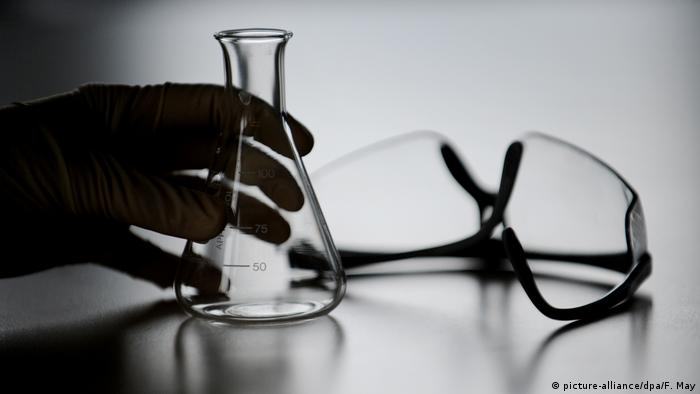 Over 5,000 scientists at German universities and other higher education institutes have published the results of their research in journals run by quasi-scientific publishers, according to a media report on Thursday.

When researchers publish their results in a scientific journal, the expectation is that their research questions, methods and data have undergone a rigorous review by other scientists in the field in a process known as peer review. The process acts as a form of quality control, ensuring that studies are scientifically sound before being released to the public.

However, quasi-scientific publishers carry out little to no review of the articles submitted to them and often publish the articles just days after receiving them, according to research carried out by German public broadcasters NDR and WDR as well as German news magazine Süddeutsche Zeitung Magazin.

The publishers approach scientists and companies around the world, encouraging them to publish their work in one of their journals. The researchers then pay to have their article or study published in one of these journals where it appears within a few days.

The report found that some 400,000 researchers worldwide have used these scientifically dubious journals — knowingly or inadvertently — to publish their work.

Although the quasi-scientific publishers are not a new phenomenon, the recent rise in scientists and researchers using these journals to publish their work is new.

The number of publications by reputable scientists in quasi-scientific journals around the world has tripled since 2013, the report found.

In Germany, the publications increased five-fold, the report found. Furthermore, many of the researchers in Germany were carrying out research that was publicly funded.

According to the report, many scientists are not aware that they've sent their work off to a dubious publisher, while others may use the pay-to-publish services to more quickly get their work out.

The quasi-scientific journals are used frequently by other authors seeking to publish work that would likely be rejected by reputable scientific journals. Climate change skeptics as well as companies selling controversial treatments for cancer, autism and Parkinson's disease have published articles with these journals.

The report also found that German pharmaceutical giants like Bayer have also published studies about their products that have been written by employees. Similarly, tobacco companies use the journals to publish studies about the effects of smoking.

Leading German scientists who were found to have published their work using these journals expressed shock when asked about their publications.

Bernd Scholz-Reiter, the rector of the University of Bremen reportedly published 13 articles in the dubious journals. He told the Süddeutsche Zeitung Magazin that he hadn't had any doubts about the seriousness of the publications, but emphasized the "scientific quality and integrity" of his texts were still intact.

A Nobel Prize recipient was also among those who published in one of the journals in question, although Süddeutsche Zeitung Magazin declined to name the person.

Joachim Funke, a psychology professor and ombudsman for the University of Heidelberg, harshly criticized the fraudulent practices of the publishers.

The quasi-scientific journals are a "disaster for science, because unevaluated claims are sent into the world and give the impression that they are science," he said in the report.

The nine-month-long research by NDR, WDR and Süddeutsche Zeitung Magazin was carried out in partnership with other international media, including French newspaper Le Monde.

Green tech: From Africa to Germany

Water pollution, deforestation and wasted energy are problems all over the world. African students are working to solve them, and they're exchanging ideas with Germany to do it. (31.05.2018)

Big science: is Big Data really the price we 'have to pay' for advanced research?

Big Data has been all hyped up for years. But only now has Germany's Ethics Council decided it's time to work out a position. So what is the issue? And why do some researchers say they can't go on without it? (21.05.2015)

He started his career as a printer and socialist boy scout. Then he became a fighter pilot, cosmonaut and political icon. After communism Sigmund Jähn remained dedicated to space exploration and science. (10.02.2017)