Justice authorities in Nuremberg have issued an international warrant for the arrest of former dictator Jorge Rafael Videla from Argentina. He's wanted in connection with the murder of a German man. 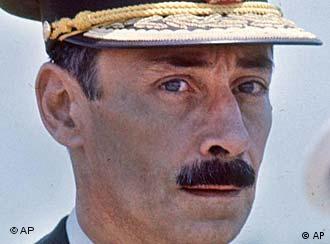 The German case against Videla, whom Argentina refused to extradite in 2007, stems from the reopening in December of an investigation into the disappearance of a German citizen identified by German media as Rolf Stawowiok.

Some of Stawowiok’s remains were recently exhumed in Argentina, providing forensic evidence that he had been shot during Argentina’s so-called Dirty War of the late 1970s.

A spokesman for prosecutors in the city of Nuremberg, Thomas Koch, said the new arrest warrant on suspicion of murder was also a call to other nations to apprehend Videla, should he step outside Argentina.

“The remains of one individual have been identified and we know that this person was murdered, which is why we should pick up the investigation once again,” Koch said.

Prosecutors allege that Videla, now aged 84, covered up the disappearances of political opponents. The junta seized power in 1976 with the ouster of the right-wing and unstable government of President Isabel Peron. Argentina returned to democracy in 1983.

During the rule of the junta under Videla, at least 9,000 people were killed or disappeared. Human rights groups say the death toll is closer to 30,000. 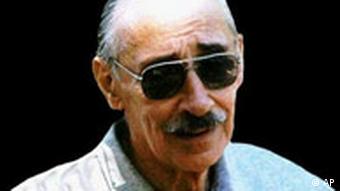 Videla's crimes are said to include kidnapping babies

Videla was given a life sentence for crimes against humanity in 1985, but was subsequently pardoned by Argentine authorities. They later refused to extradite him, stating that a trial related to Stawowiok's death should take place in Argentina.

In 1998 a judge in Argentina ordered Videla’s arrest in connection with the abductions of babies during the junta's rule. He was jailed briefly and then placed under house arrest.

In 2005 Argentine's Supreme Court declared previous amnesty laws to be unconstitutional. That led to the reopening of trials. But, last year, a human rights group, the Center for Legal and Social Studies (CELS), said the pace of prosecutions was “alarmingly slow.” As a result of legal delays, more than 200 of what CELS calls “agents of repression” had died unpunished, the group said.