Germany: School-leaving exams will go ahead despite coronavirus 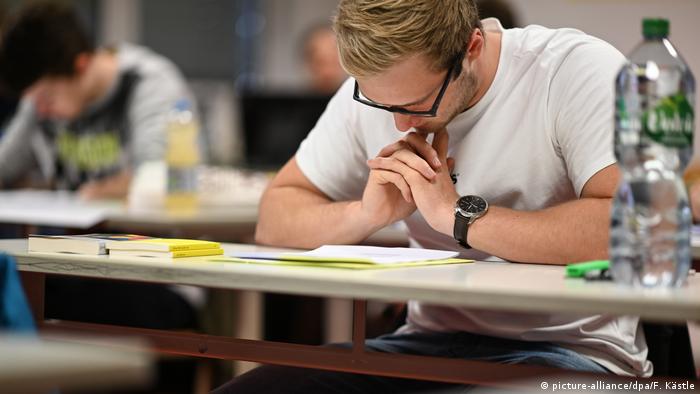 Germany's senior year final exams will take place as planned despite nationwide school closures in the face of the COVID-19 pandemic, officials confirmed on Wednesday.

There had been increasing speculation about whether the exam season would be canceled or postponed as Germany's 16 states disagreed over the best way to proceed. The northern state of Schleswig-Holstein wanted to cancel exam season while the central state of Hesse has already begun holding exams.

"I'm pleased that the states have reached an agreement together during such a difficult situation," said that western state of Rhineland Palatinate's Education Minister Stefanie Hubig following a video meeting of education ministers from across Germany.

"It is especially important for our students, who can now plan accordingly, but at the same time their health is of the utmost importance to us," she added.

What does the decision mean for students?

Germany's education policies are decided at a state rather than federal level, but Wednesday's decision shows nationwide unity.

The "Abitur" qualification is granted to students in their final year of school who have passed a set of exams, normally held between March and June. It is needed to be accepted to university in Germany.

Schleswig-Holstein's education minister, Karin Prien, had been pressing for exams to be canceled and for an "average grade" to be taken instead, taking into account coursework and other exams taken over the last two years.

But on Wednesday Prien accepted that the exams will go ahead, saying "Today's decision will finally give students in Schleswig-Holstein and in all of Germany the clarity to prepare properly for exams." Exams there will begin on April 21.

How long will schools remain closed?

Schools nationwide have been closed until at least after the Easter vacation, which ends at different dates in April, depending on the state. In the meantime, some teachers are teaching electronically, and many parents have stepped into home-school their children.

Universities across Germany have also closed public buildings and moved all lectures and learning online. Decisions on how long these measures will stay in place are expected to be made in April.

At some German universities, final-year thesis submissions and exams have been postponed in the face of the pandemic, for example at the University of Bonn, where all exams planned for March and the beginning of April have been put off indefinitely.

Schools across Europe may be shut to prevent the spread of COVID-19, but pupils are still going to class — virtually. Led by trailblazers like Estonia, a new experiment in digital learning has taken off. (19.03.2020)