German lawmakers have commemorated International Holocaust Remembrance Day with speeches from the Bundestag president and a literary critic and survivor of the Warsaw ghetto. 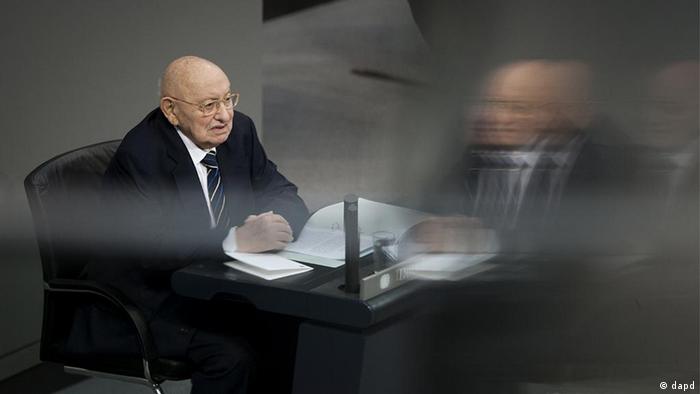 The president of the German parliament on Friday called on Germans to actively stand up against all forms of right-wing extremism, speaking on the 67th anniversary of the liberation of the Auschwitz concentration camp.

"It is these people who set an example and demonstrate courage," Bundestag President Norbert Lammert told lawmakers in a speech commemorating International Holocaust Remembrance Day. The memorial day falls on the anniversary of the liberation of Auschwitz by Soviet forces on January 27, 1945.

In his speech, Lammert mentioned the series of murders blamed on a neo-Nazi cell uncovered in Germany last fall, saying that hate and violence were unacceptable. He also cited current research that shows 20 percent of German citizens are latently anti-Semitic. 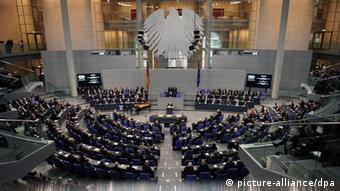 Holocaust Remembrance Day has been marked since 1996

The keynote address in the Bundestag was from literary critic Marcel Reich-Ranicki, 91, who grew up in a Jewish family in Poland and was imprisoned in the Warsaw ghetto. Both his parents were murdered in the Treblinka extermination camp.

After his speech, the audience remained silent for one minute before applauding the speaker.

The Bundestag has commemorated Holocaust Remembrance Day since 1996.

In the town of Erfurt in the eastern German state of Thuringia visitors can now learn about the history of a local company that helped the Nazis pursue the mass killing of Jews. (27.01.2011)

During her Israel visit, Bundestag President Bärbel Bas has voiced her "deep grief and shame" at Germany's role in the Holocaust. And she warned that rising antisemitism in her country needed to be urgently combated.

The German Parliament has marked Holocaust Remembrance Day with a special ceremony including tributes to victims and witness testimony. Remembrance Day marks the day, more than 75 years ago, when Soviet troops liberated the Auschwitz extermination camp.