Planning the reprehensible: 70 years since the Wannsee Conference | Germany | News and in-depth reporting from Berlin and beyond | DW | 19.01.2012

Adolf Hitler's Nazi government had already started its genocide before 1942, but 70 years ago, the Wannsee Conference officially marked the start of the systematic extermination of European Jews by the Third Reich. 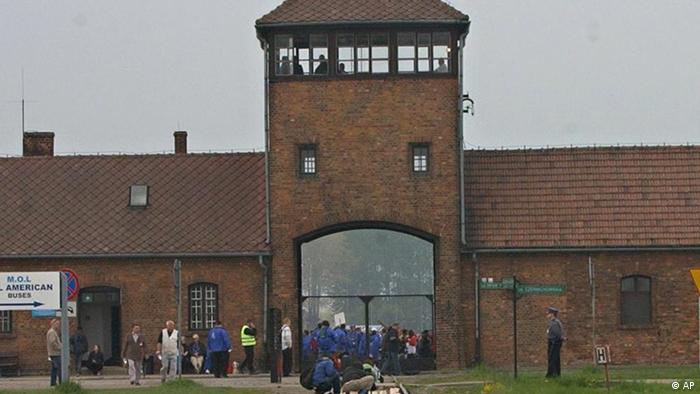 Wannsee paved the way for death camps like Auschwitz

It was lunchtime on January 20, 1942 when 15 high-ranking representatives of the Nazi regime met in the Berlin suburb of Wannsee.

They had been invited to the noble guest house then belonging to the SS by Reinhard Heydrich, the man in charge of the feared RSHA (Reichssicherheitshauptamt - sometimes translated as "Reich Security Head Office)"

The list of attendees included SS officers, state secretaries and Nazi party officials from all major state institutions. All the representatives were young (half of them under 40), well-educated (every other one had a doctorate) and ambitious.

Although obscured by typically bureaucratic formulations and euphemistic terminology, the day's agenda was dedicated to the genocide of European Jews. 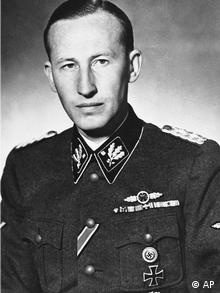 Heydrich saw the Holocaust as a career opportunity

Seven decades later, the popular public conception is that the Wannsee Conference was where Hitler's regime established its "final solution to the Jewish question," namely to exterminate them en masse.

"But if you consider how many hundreds of thousands of Soviet Jews were murdered before the Wannsee Conference, then this assumption starts looking shaky," says Humboldt University historian Michael Wildt, Germany's leading expert on the Nazi era.

Half a million Jewish people were shot dead in the occupied Soviet territories. Wildt argues that SS units had already started the systematic executions in June 1941, more than six months before the Wannsee Conference.

"The war against the Soviet Union led to a radical rethink of the previous policies of persecution; the plan to drive Jews out, to force them into emigration, was no longer viable," Wildt told Deutsche Welle.

"Due to military conquest, the National Socialist regime suddenly had millions of Jews within its sphere of influence. As a result, its plans on how to get rid of these Jews became more monstrous, more gigantic."

The growing momentum of the murders meant there was little to "decide" at the Wannsee Conference. The only known copy of the meeting's minutes (number 16 of 30, discovered in 1947) makes no mention of any formal agreement. So what was the purpose and meaning of holding a meeting at such an ostentatious villa on Berlin's Lake Wann?

RSHA boss Reinhard Heydrich was charged with coordinating the operations of all German authorities participating in the Holocaust. For him, the goals were to inform the attendees about his task, to stipulate that he intended to take the lead and to ensure he received the support of all relevant ministries.

Historian Michael Wildt therefore believes Heydrich wanted to make it clear to those attending the conference that his organization was responsible for what the regime called the "final solution to the Jewish question," and that they had already started planning and executing this policy. Looking ahead, he probably also wanted to secure the cooperation of key German authorities - for instance the foreign ministry or transport ministry, whose support was needed to arrange rail transportation of the victims. 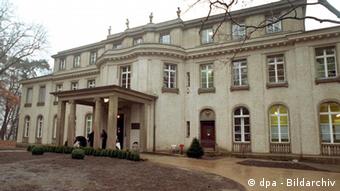 Nazi officials discussed the 'final solution' at this villa in Wannsee

For Heydrich, the policy of genocide and his role coordinating it increased his power within the Nazi hierarchy. As the first sentence of the Wannsee Conference minutes states, the main purpose was to officially announce Heydrich's "appointment as the authorized person for the preparation of the final solution to the European Jewish question."

Heydrich had probably been looking forward to this promotion for some time. Back in 1936, when Heydrich reached the top of the RHSA at the age of 36, he appeared to have reached a dead end in his political career. His only direct superior was Heinrich Himmler, who was just four years older than Heydrich.

In his introductory speech, Heydrich made the meeting's purpose - seeking a coordinated plan for the industrial extermination of millions of Jews - very clear, albeit without ever using words like "kill," "gas" or "shoot dead." The 15 attendees were bright young men who no doubt knew the meanings of terms like "resettlement," "special treatment" and "final solution."

Referring to an RHSA-commissioned list showing the numbers of Jews thought to be living in various countries, Heydrich said Europe "should be combed through from west to east."

Some participants in the conference later said they did not know what was really meant by the final solution terminology. Yet official records show that almost all of the state secretaries were aware of the deportations and exterminations, while the SS representatives themselves were already directly involved in the crimes.

Very little was actually discussed at this "conference," save for one question that would prove lethal for millions: When did somebody qualify as a Jew? Detailed discussions focused on the dividing line between being half- and quarter-Jewish, and the best way of dealing with mixed marriages and their offspring.

The bureaucrats' cynicism was also shown in their open discussions about the various technological means of mass murder. In the end, the participants agreed on the number of potential victims, concluding that a total of 11 million Jews would be subjected to the Nazi's final solution.

Although there were some conflicting opinions at the Wannsee Conference, disagreement was limited to organizational details of the plan, not the fundamental issue at hand.

Representatives of the foreign ministry requested that deportations should begin in the countries where they would be easiest to arrange. The state secretary for the Third Reich's interior ministry demanded that so-called Mischlinge (a German word for crossbreeds or mongrels) be sterilized instead of deported.

Another leading officer spoke out in favor of keeping some Jewish forced labor at factories crucial to the war effort, while the deputy to the Nazis' general governor in Krakow eagerly requested that the "final solution" begin with Polish Jews.

Heydrich was highly satisfied with the results of the Wannsee Conference. At first, he had expected concerns or even resistance from the ministries, but he actually found general approval for his proposed final solution, as well as a readiness to participate. At the end of the discussion, according to testimony from Adolf Eichmann in Jerusalem after the war had ended, the participants were in a great mood, having closely followed Heydrich's proposals.

The reprehensible plan, sealed with a celebratory cognac after the meeting, went ahead as planned. Six million Jews were either gassed, shot, hung or otherwise killed while serving in brutal forced labor camps.

Even if the Wannsee Conference had more to do with bureaucratic power games - namely furthering Heydrich's career - within a Nazi regime whose position on Jews was already crystal clear, its name will forever be connected to the murder of millions.

These mass exterminations were not just committed by mastermind Heydrich or the SS foot-soldiers, but by parts of the German police and military, by thousands of other public servants and industrial magnates.

Today, the "Villa on the Great Lake Wann," as its name roughly translates into English, has been made into a national site of memorial and education, lest its impact on the early 1940s be forgotten.

A 90-year-old former SS assassin has begun a life sentence in Germany after confessing to the murder of three Dutch civilians in World War Two. Heinrich Boere had avoided prison since his first conviction in 1949. (15.12.2011)

Living with remembrance in the capital

While much of the world stops to remember the dead of the world wars, Berlin is business as usual on Armistice Day. DW's Stuart Braun ponders the muted memorializing of war in the German capital. (11.11.2011)

November 9: A fateful day for Germany

The date of November 9 occupies a unique and significant place in modern German history, from the gruesome pogrom of Kristallnacht to the joy of the fall of the Berlin Wall. (08.11.2011)

The museum was a success even before it was finished. Nearly 350,000 people visited Berlin's Jewish Museum when it was just an empty structure, and more than 7 million have come since it opened in 2001. (24.10.2011)