Germany Releases Hezbollah Hijacker Wanted by US | Germany | News and in-depth reporting from Berlin and beyond | DW | 20.12.2005

Germany has quietly released a jailed Hezbollah member wanted by the US for killing an American Navy diver. The timing -- just days after the freeing of a German hostage in Iraq -- has raised uncomfortable questions. 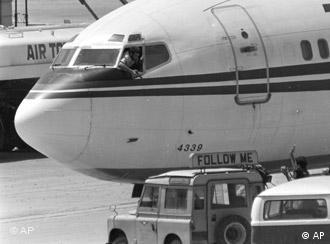 Apparently ignoring Washington's extradition request for Mohammed Ali Hamadi, German authorities have secretly released the Lebanese Hezbollah member who was serving a life sentence in the country for the hijacking of a TWA jet and for the murder of a US navy diver.

German prosecutors confirmed the release of Mohammed Ali Hamadi, now in his late 30s, to the Associated Press and said he was flown back to Lebanon last week.

Hamadi was convicted in 1989 by a German court of killing US Navy diver Robert Dean Stethem during the 1985 hijacking of a TWA flight diverted to Beirut. He was sentenced to life without parole. His sentence is one Germany reserves for the most serious and cruel crimes. It is difficult but not impossible to release someone who receives such a sentence after 15 years. Hamadi served 19 years of his sentence.

Hamadi's other brother, Abbas Ali, was sentenced to 13 years in prison for plotting the kidnapping of two Germans in Lebanon in the hope of forcing the release of his brother. He was released from jail after serving his term.

A tradeoff between Hamadi and Osthoff?

Hamadi, now in his late 30s, was captured in 1987. German officials had tried unsuccessfully in the late 1980s to use him as a bargaining chip to free German hostages held in Lebanon. 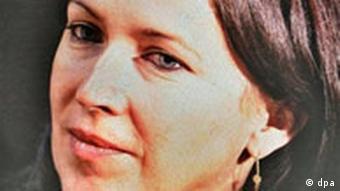 Susanne Osthoff was released after three weeks in captivity in Iraq

Some believe they were finally successful as Hamadi's release occurred shortly before German hostage Susanne Osthoff was freed in Iraq. The archaeologist was taken on Nov. 25 and was said by German authorities on Sunday to be in safe custody.

But a Lebanese source told Reuters that a senior German intelligence officer visited Damascus early this month but did not disclose the purpose of the trip. Syria is a key backer of Hezbollah and Hamadi's brother, Abdul-Hadi, was a senior security official of the group.

US disappointed by Hamadi release

Meanwhile, the release has disappointed Washington where US prosecutors had indicted Hamadi for the murder of 23-year-old US Navy diver Robert Dean Stethem, one of the passengers on board while the TWA plane was in Beirut. The US had requested extradition if he was released.

"We are disappointed by the fact that he was released before the end of his sentence," State Department spokesman Sean McCormack said, referring to Mohammed Ali Hamadi. "The US will make every effort to see that this individual faces justice in the US."

Diplomats also said privately that the affair could further complicate touchy relations between the two allies that had warmed considerably since a dispute over the Iraq war.

Germany rejoiced following the freeing of hostage Susanne Osthoff and her driver in Iraq after more than three weeks in captivity. But details of the release are still shrouded in mystery. (Dec. 19, 2005)

Two German security workers are missing in Iraq, but Foreign Ministry officials say there is no evidence of a kidnapping -- at least so far. (April 10, 2004)

Opinion: Germany Can Learn From Osthoff