Protesters have voiced their opposition to the SuedLink extra-high voltage line bringing wind-generated energy from the north to the south of Germany. Locally produced energy is the protesters' preferred alternative. 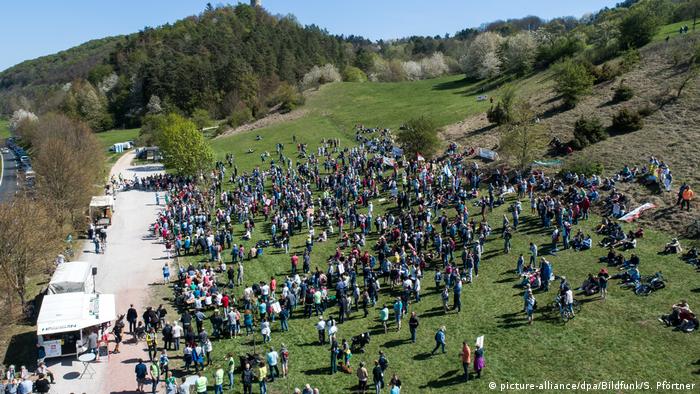 On Easter Monday, there were a series of protests in Germany against the SuedLink project.

They included about 2,000 people who traveled to central Germany, near Schweinfurt, to protest the proposed 700-kilometer (435-mile) long underground energy cable running from the north German coast to the south. 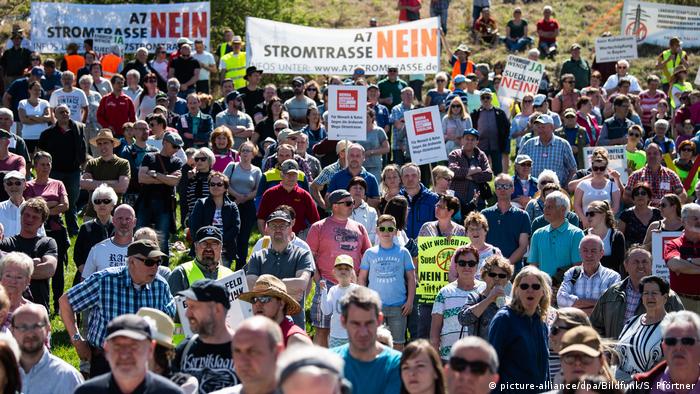 Protesters rallied against the energy cable in Lauchröden

Some of the participants objected on the grounds of the multi-billion euro costs of the project, others that it had not been thought through properly. One participant told public broadcaster ARD that she disliked the idea that it might be used by foreign companies. Farmers suggested the cable would heat and disrupt the soil, making it less fertile for growing crops. Many felt they were not being listened to by the authorities.

SuedLink is being developed by TenneT, the Dutch-German transmission system operator and TransnetBW from southwest Germany. 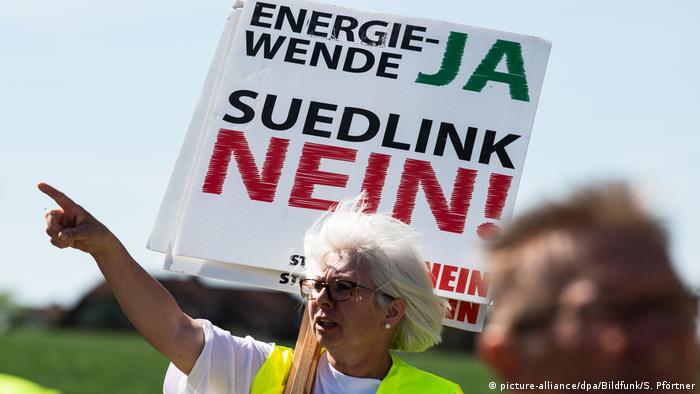 In a demonstration last year, Guntram Ziepel of the national association of citizen initiatives against SuedLink told Welt Online that his organization "completely rejects the transmission line the way it is currently planned." He said that Germany's energy supply and demand pattern was changing, due to more wind turbines and the use of e-cars.

The protesters would prefer small and decentralized stations using power produced near where it is used and have proposed an alternative plan to divide Germany up into 80 areas which would each produce electricity for the end user. 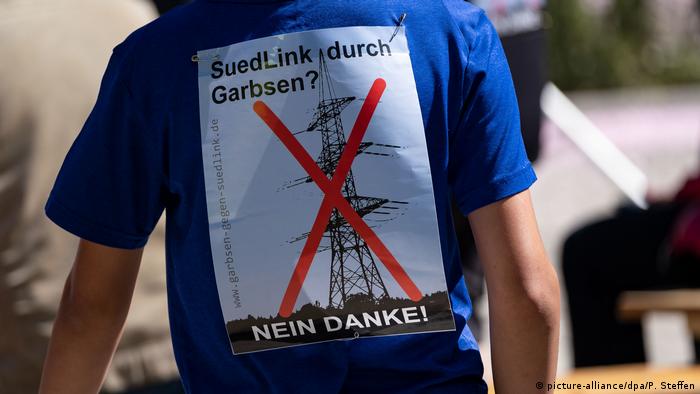 "Suedlink through Garbsen? No thanks"

The SuedLink is a key part of Germany's energy reorganization program, which includes the 6 remaining nuclear power stations coming off the grid by 2022. The objective is to have 80% of Germany's power supplies generated by renewable energy by 2050.

The project has been in the planning stage for years. It is supposed to run from Schleswig-Holstein through western Lower Saxony, northern Hesse and southern Thuringia to Bavaria and Baden-Württemberg.

A federal decision on the SuedLink route is expected by the end of the year.

German green groups have welcomed a proposal for Germany to phase out coal-fired power plants by 2038 to curb climate change. They say it's a clear sign the embattled Hambach Forest won't be felled after all. (27.01.2019)