The Mannheim public prosecutor's office is investigating two police officers for possible bodily harm resulting in death while on duty. 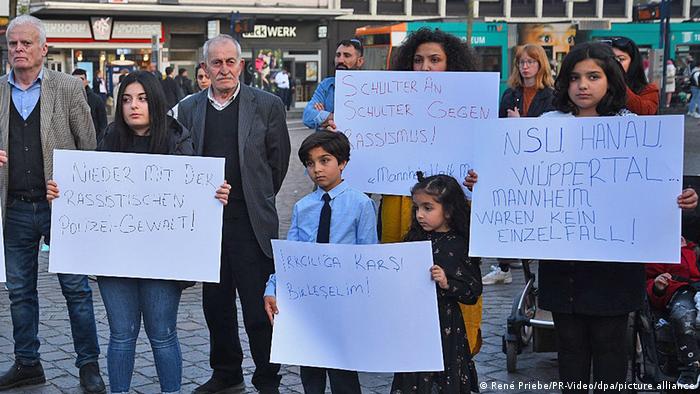 Hundreds of protesters rallied in two cities in western Germany on Tuesday, after a man died during a police operation.

The cause of the 47-year-old's death on Monday is not yet known, and people took to the streets of Mannheim and nearby Heidelberg demanding answers.

The public prosecutor's office has launched an investigation into two police officers for bodily harm resulting in death while on duty. 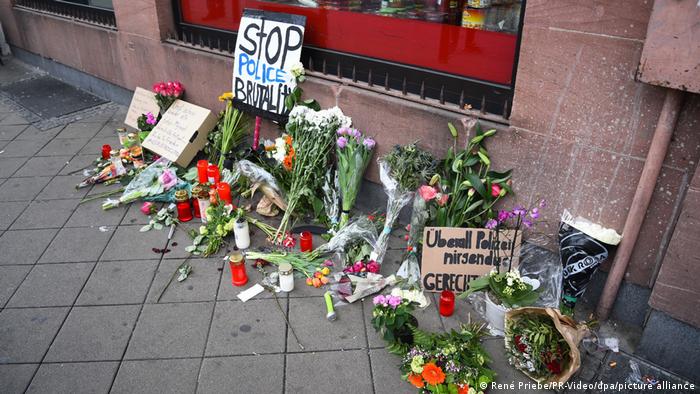 Flowers, candles and signs at the site where a man died after being stopped by police

According to a statement from authorities, police stopped the man in central Mannheim after being informed that a patient from the city's mental health institute had left the facility and needed help.

The Baden-Württemberg state office of criminal investigation (LKA) and the Mannheim public prosecutor's office said the man refused to cooperate with officers before they overpowered him.

The LKA said officers deployed the use of force, but did not give further details.

The man subsequently collapsed before being resuscitated. Later, however, he died in hospital.

In videos shared online, one officer appeared to hit the man in the head during the confrontation.

An autopsy is scheduled for Wednesday and the results are expected by the end of the week. 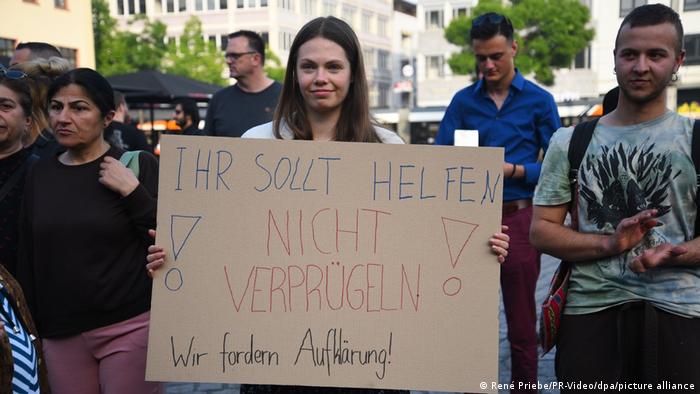 A woman holds a poster, saying: 'You should help not beat up! We demand clarification!'