Germany Needs to Do More Against Racism, UN Body Says | Germany| News and in-depth reporting from Berlin and beyond | DW | 16.08.2008

Members of a UN anti-racism body have called on Germany to do more to integrate foreigners. A controversial citizenship test in one German state especially caught their attention. 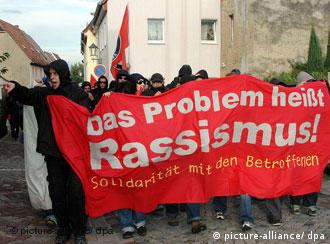 Members of the United Nations Committee for the Eradication of Racial Discrimination (CERD) on Friday, Aug. 15, said that they were concerned about citizenship application questions targeted at Muslims in the southwestern German state of Baden-Wuerttemberg.

"The Committee recommends that the Federal Government encourage the use of questionnaires without discriminatory content, for all applicants for citizenship," said the committee, according to AFP news agency.

Baden-Wuerttemberg, home to car maker Daimler's Mercedes Benz, apparently requires citizens of the 57 member states of the Organization of the Islamic Conference to answer specific questions when they apply for German citizenship. 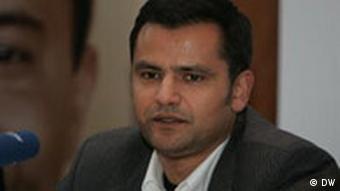 Sebastian Edathy wants the citizenship test to be reworked

A nationwide citizenship test which is to become compulsory for immigrants and includes questions seeking the applicant's views on forced marriages and homosexuality has also come under criticism.

Earlier this week, Sebastian Edathy, the Social Democratic chairman of the parliament's domestic affairs committee, asked the federal interior ministry to rework the test which is made up of 300 potential questions.

Edathy said that many questions had wrong multiple choice answers that were meant to be correct and that some questions were completely irrelevant for a citizenship test. Ministry officials have rejected the claim and said that the test in its present form will take effect next month.

The UN committee also described as "regrettable" that many migrants who have lived in Germany for many years, still failed to get citizenship.

"Germany should facilitate acquisition of German citizenship by such long-term residents and persons born in Germany in order to promote their integration," the committee said. 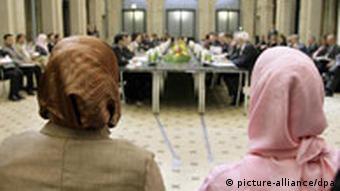 While CERD members applauded Germany for introducing anti-discrimination legislation two years ago and setting up a so-called Islam Conference, they also criticized a growing number of racist incidents in Germany, saying that the federal government was not doing enough to prevent them. The committee found that Jews, Muslims, Sinti and Roma as well as African asylum seekers had been attacked.

German justice ministry officials said that they would study the comments carefully, but stressed that Germany was "actively engaged" in implementing EU anti-discrimination laws in Germany. Germany's national action plan against racism will be presented to the UN High Commissioner for Human Rights later this year.

In their report, CERD officials also wondered how Germany wants to define itself as a "non-multi-ethnic state" as one fifth of the population has a migrant background and about 8 percent are foreigners without a German passport. 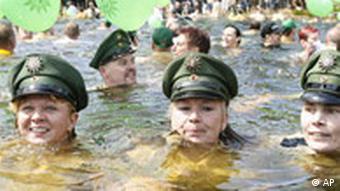 CERD asked German officials to tell them whether these groups are integrated in agencies such as the police. German officials, according to news reports, countered that the government's policy was to "integrate, not assimilate" people with a migrant background.

The anti-racism experts also bemoaned Germany's use of language when it comes to the law and officials agencies. They also said that it was unfortunate that German law didn't see racist motives in connection with crimes as an aggravating factor. CERD said that foreign victims of violence often receive less compensation money than Germans.

Sinti and Roma are in an especially bad position as they are discriminated against in the work place, in media coverage about them and when searching for apartments, CERD members said.

The committee also criticized that children of asylum seekers in the states of Hesse, Baden-Württemberg and Saarland did not all attend school and that many children of migrant families had to attend special education schools.

Click here for more information on the committee's work