Germany's government has plans to set up a pharmaceutical agency to regulate the cultivation of cannabis for medicinal purposes, according to a media report. Such a step could make the drug more accessible to ill people. 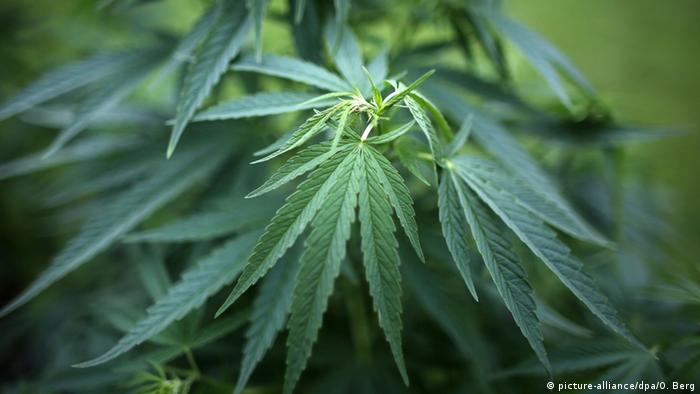 A so-called cannabis agency has been proposed in draft legislation put forward by the federal health ministry, the "Welt am Sonntag" newspaper reported on Sunday.

The bill was reportedly awaiting approval from the office of Chancellor Angela Merkel. As outlined in the draft, the new state-owned body would be tasked with regulating the price of medicinal hemp and making sure the drug was grown and sold purely for pharmaceutical purposes. Patients in need of pain relief would not be allowed to grow their own cannabis plants.

The drug can stimulate the appetite and treat nausea, and its two main active ingredients - tetrahydrocannabinol and cannabidiol - have powerful analgesic and antispasmodic effects. Germany has been making small steps to make cannabis more legally accessible as a form of pain relief, but the drug is not covered by health insurers, and it is not always easy to obtain in pharmacies.

Currently the possession, cultivation and sale of marijuana is outlawed in Germany, where the drug is classed as an illegal addictive substance. However most federal states do not prosecute people caught with up to six grams of marijuana.

Under existing laws, people with serious illnesses can obtain an exemption certificate from the Federal Institute for Drugs and Medical Devices, which allows them to buy dried marijuana buds or leaves from the pharmacy. Only around 300 people have such a certificate, and according to the health ministry, almost all of those patients suffer from terminal cancer.

Earlier this year, the federal government's drug commissioner, Marlene Mortler, argued in favor of allowing seriously ill patients to get cannabis with a medical prescription. Health Minister Hermann Gröhe from Merkel's Christian Democratic Union has also repeatedly called for terminally ill people who can only find relief with cannabis to have access to the drug. He has also said people should be reimbursed "in these medically justified cases."

German federal authorities have rejected a push for the legal sale of marijuana and hash in a Berlin district, filed by the district mayor. The drugs are easy to purchase even when outlawed, argue local officials. (05.10.2015)

Thousands of people have taken to the streets of Berlin to advocate the legalization of cannabis. The 19th annual "Hanfparade" (hemp parade) has also found support among some politicians. (08.08.2015)