Germany has laid out the plans for the construction of what will be its longest-ever power line. The project is part of Germany's policy of shifting towards renewable energy. 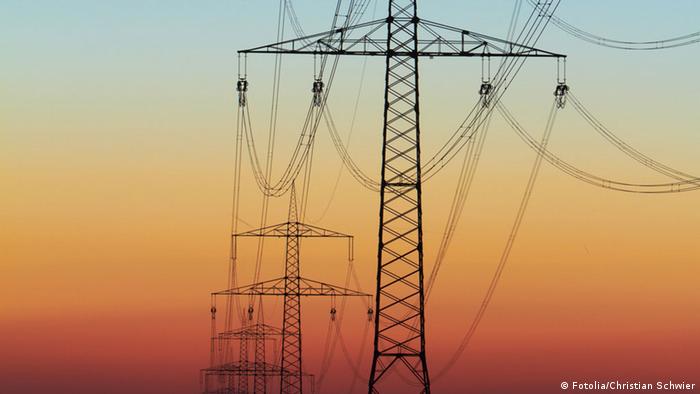 The new power line, called the "Suedlink" project, will run around 800 kilometers (500 miles) in length, operators TenneT and TransnetBW said on Wednesday.

Starting in 2022, it will carry wind energy from the northern state of Schleswig-Holstein to the southwestern state of Baden-Württemberg. Along the way, the line will run through Lower Saxony, North Rhine-Westphalia, and Hesse, as well as dipping into Bavaria and Rhineland-Palatinate.

The project is expected to cost "in the low single-digit billions." In 2016, construction permits are due to kick in.

"We are ready to start," said Hartman.

The wind energy gathered in the north is intended to offset decommissioning nuclear plants in the south.

The line is being built as part of Germany's efforts to switch away from carbon emissions and towards renewable energy, dubbed Energiewende in German.

It is one of three major construction projects initiated under the policy. In total, 36 different power network expansion or improvement projects are being carried out at a cost of 10 billion euros. Some 2,800 kilometers of power lines are being rebuilt and a further 2,900 kilometers are being optimized.

Objections in the south

There has been significant backlash to the power line project, particularly in the south. Protests have focused on a 450 kilometer stretch between the Bavarian town of Bad Lauchstädt and Meitingen, in Saxony-Anhalt.

Groups opposed to the power line's construction have raised objections ranging from cost to personal safety and potential adverse effects on the environment. Public outcry in Bavaria over the high-voltage power lines last year even prompted the state's conservative Christian Social Union (CSU) government to call for a moratorium on the project.

Despite the objections in the south, however, polls show a majority of the German public supports the project. Hartman acknowledged he has a responsibility to make sure the costs of the country's energy transition do not escalate.

"At the end of the day, these are our citizens' euros," he said.

The new cabinet of Chancellor Angela Merkel's conservatives and center-left Social Democrats (SPD) has endorsed key points of a planned revision of renewable energy law in a bid to limit subsidies and price hikes. (22.01.2014)

How Norwegian electricity gets into the German power grid 26.05.2021