Germany has no protocol to follow in the event of contact with life from outer space. Research has shown that if aliens did show up on Earth, humans would actually be happy to meet them. 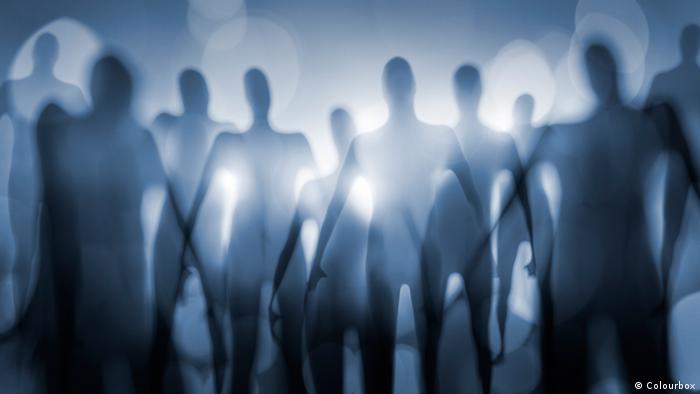 The German government has "no plans or protocol" should first contact with aliens occur, according to a report by German daily Bild.

The government considers such an event "extremely unlikely according to current scientific knowledge," the Ministry of Economics said when responding to a question from Green MP Dieter Janecek.

"Concrete cases that could have been the subject of bilateral or multilateral talks with other states are not known," the ministry's statement continued.

Do you think they are out there?

United States has a plan

While Germany might not have a plan for extraterrestrial visitors, the US is more prepared. Even before the establishment of a Space Force that US President Donald Trump has recently said he plans to created as a new branch of the military, the 527th Space Aggressors Squadron is already a part of the United States Air Force. It aims to train US, joint and allied military forces for combat with "space-capable adversaries."

The Air Force squadron regularly conducts drills designed to simulate what a space attack might look like if an otherworldly adversary attempted one.

From 2007-2012, the US also ran a task force that investigated sightings of unidentified flying objects with an annual budget of $22 million (€19.2 million). The UK has also run UFO sighting projects in the past.

How would humans react?

If humans were to cross paths with aliens we'd actually be fairly happy, according to research presented early this year by the American Association for the Advancement of Science.

"If we came face-to-face with life outside of Earth, we would actually be pretty upbeat about it," study author Michael Varnum of Arizona State University said in a statement.

After analyzing past media coverage about possible findings of extraterrestrial microbial life, Varnum found most people's reactions were positive.

In two following studies asking respondents what their hypothetical reaction would be if researchers did discover signs of life beyond Earth, or if researchers created a new life form in the lab, participants were still more positive than negative and were more excited about finding alien life than synthetically-created life.

The research found that about half of Americans and Western Europeans surveyed elsewhere said they believe aliens have already visited Earth, Varnum said, and there does not seem to be any "chaos or disorder in the world" as a result.

Alien megastructures, or just a whole lot of gas?

The inexplicable dimming periods of a star in the Milky Way have some shouting "aliens." European scientists say they know better. (16.10.2015)

Hostile aliens, spaceships and apocalyptic visions abound: This year's Berlinale retrospective looks at the science fiction film through history. Classics with powerful imagery, born of a deep-seated fear of invaders. (13.02.2017)