Walter Lübcke's neighbors and co-workers can't make sense of his death from a gunshot wound in a village on the outskirts of Kassel, in central Germany. They hope detectives solve the crime soon. 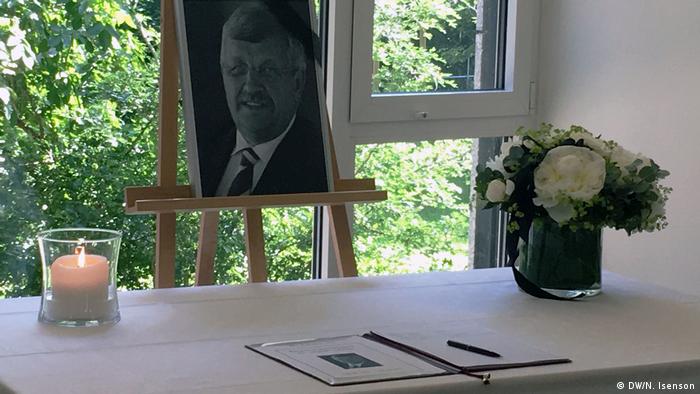 Everyone knew Walter Lübcke in Istha. He didn't have to be shot dead for people in this quiet village of around 900 to learn his name. As president of the district council, the "Regierungspräsidium," or governing presidium, here in the north of the state of Hesse, he was one of the most powerful politicians in the region.

The state police have been investigating what happened on Saturday night. They have not said whether or not they have leads, but that they are exploring all avenues. They have said that Walter Lübcke, who was 65, was shot in the head at close range and that no weapon was found. It was not suicide. He was discovered in his garden around midnight by a family member and pronounced dead in hospital two hours later. They have asked people to refrain from speculating about motives and suspects.

A police car is stationed where the asphalt road turns to gravel just past the house. Lübcke lived opposite a kindergarten, the playground of which has been cordoned off with police tape, just like his house. Next door, two horses graze behind the house in a pasture that stretches into distant fields. Two detectives stand talking to each other on Lübcke's front lawn, beyond the police tape. It's the police officers' job to keep watch over the house. Twenty detectives are apparently working on the case. 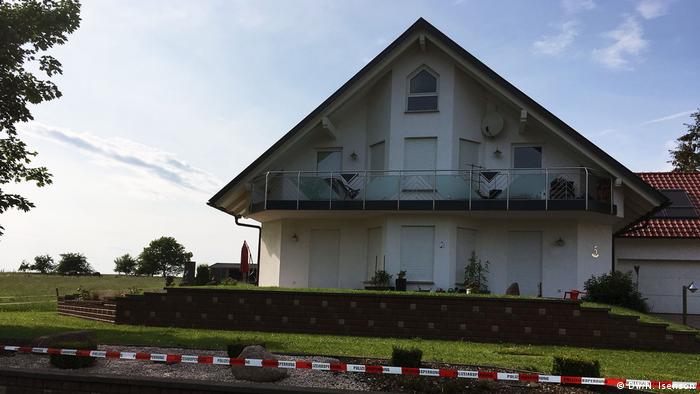 A group of three people has gathered down the street from Lübcke's house. The man and two women live here, and they are disturbed.

"Welcome to Berlin-Neukölln," says the man, referring to the inner-city Berlin neighborhood that has come to symbolize crime for some Germans.

The neighbors are trying to imagine what exactly happened at Lübcke's house on Saturday night. The village fair was underway over the weekend. It was probably too loud to have heard any shots, they say. The man says he walked past the house on his way home at about the time the murder must have taken place.

"What would you have done if the killer had come out?" asks one woman. "Let him go," says the other, adding that it would be the only sane thing to do. 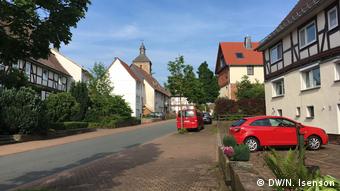 Istha is normally a quiet place

The neighbors, who don't want to give their names, can't keep themselves from speculating.

"Did you read the hateful tirades on the internet about him?" one woman asks. "Those are keyboard perpetrators."

Media reported that Lübcke had received death threats during the refugee crisis, when the region, like all of Germany, was taking in people fleeing war and poverty in Syria and beyond.

"Anyone who doesn't share these values can leave this country at any time," Lübcke, a member of Chancellor Angela Merkel's Christian Democratic Union (CDU), had said in response to disruptions at a community meeting about the situation in October 2015.

Walter Lübcke worked in Kassel, a city of roughly 200,000 people a half-hour's drive from Istha. As head of the regional council, 1,300 people worked for him, from the tax office to the immigration authorities, explains Michael Conrad, the press spokesman.

Candles and flowers have been placed at the entrance to the building, and a condolence book lies on a table below a black and white photograph of Walter Lübcke. A moment of silence was held Monday for the council staff to mourn together, Conrad says. 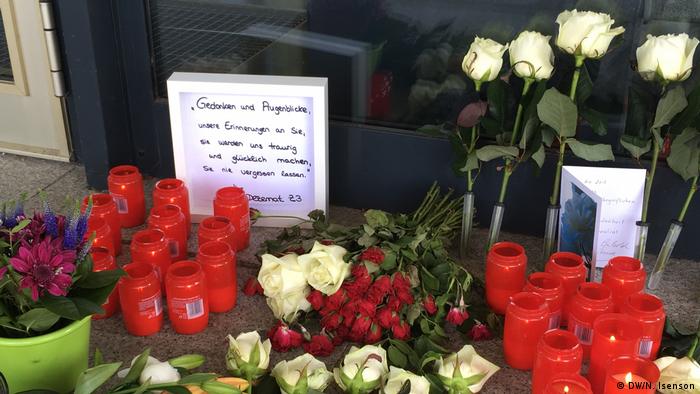 Flowers and candles outside the regional offices where Walter Lübcke worked

He rejects any discussion that might veer into speculation about what could have happened to his late boss. "We don't want to provide any material (for rumors)," he says. The death threats were years ago, he adds.

"What in particular will you miss about him?"

Unease in the countryside

The neighbors say the mood in Istha has been subdued since the shooting. All over the village, residents gather on the streets, like these three, to try to make sense of what happened to Walter Lübcke.

One woman says that it has made her start locking her doors, which she didn't do before.

They can't believe the well-known leader met a violent death here in this sleepy village. They are anxious for the police to find the killer and bring him or her to justice.

The city with the only skyscraper skyline in Germany has had a new historical town center since 2018. Not only Frankfurt's contrasting architecture attracts visitors to Hesse, but also the tales of the Brothers Grimm. (23.01.2019)