Germany Joins Forces with Britain to Fight Poverty in Africa | Germany | News and in-depth reporting from Berlin and beyond | DW | 18.01.2007

Germany and Britain have announced that they are to join forces to help Africa. The two countries' development aid ministers vowed to better coordinate and extend their policies during Berlin's G8 and EU presidencies. 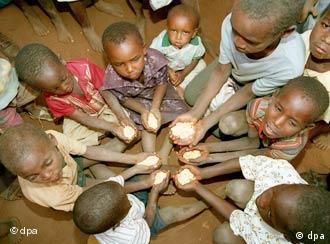 Both ministers agreed that everything must be done to preserve the spirit of the previous G8 meeting in Gleneagles, Scotland, and see to it that promises of financial aid for Africa must be fulfilled without any if or buts. Benn welcomed announcements made in Berlin that development policies would remain a top priority throughout Germany's current G8 and EU presidencies. 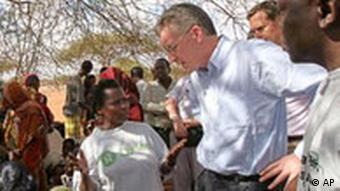 "If we care about the future of this small and fragile planet of ours, we must be moved by the conditions of fellow human beings, children who can't yet go to primary school at the beginning of the 21st century, children who die of diseases that our children don't die of in the rich world," Benn said. "And we have both a moral and a practical responsibility to play a part.

"That's why we welcome enormously the focus which Germany and its G8 and EU presidencies is putting on development, on education, the fight against HIV and AIDS, good governance and honoring the promises which we have made."

Wieczorek-Zeul warned that climate change could have a devastating impact on Africa, wiping out all benefits from earlier and current measures to help the continent. She reiterated her call on the industrialized world and threshold nations to heed the writings on the wall. 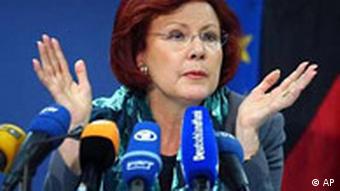 "We'll have to spend 20 times as much on curbing climate change effects in future if we don't act now," the German minister said. "This is why the promotion of renewable energy and energy efficiency are central planks of our policies during our G8 and EU presidencies.

It's clear that increased cooperation in this area among our countries is to gain currency."

Wieczorek-Zeul's British counterpart added that efforts had to be increased to arrive at a fair international trade order.

"We have to be determined not to give up the fight to get a trade deal that allows developing countries to earn their way out of poverty," Benn said. "Because in the end they don't want charity. They don't to be patted on the head by the rest of the world. They want a chance to do it for themselves.

"The trouble is we're stuck," he continued. "We've got three big blocs. We have Europe, we have the US, we have the big developing countries China, India and Brazil, and each is saying to the other we think we've made a good offer -- it's up to you to move. But we must not lose this most important opportunity.

Wieczorek-Zeul and Benn also indicated that the G8 summit at Heiligendamm in June this year would have something special in store for the developing world. However, both ministers refused to be more specific, as preparations for the meeting have only recently started.

As the UN General Assembly convenes a special conference on AIDS, the rapid progress made in Germany and the West in preventing the infection passing from mother to child hasn't been repeated in places like Africa. (31.05.2006)

Horst Köhler is convinced that Africa's ideas will solve Africa's problem. That conviction marked the choice of countries he visited during his second trip to the continent as Germany's president. (12.04.2006)