Germany is 'planning to step up counter-espionage': report

Germany is planning to possibly resume counter-espionage measures against several Western allies, according to a report in the news magazine Spiegel. The report said British and US embassies could be targeted. 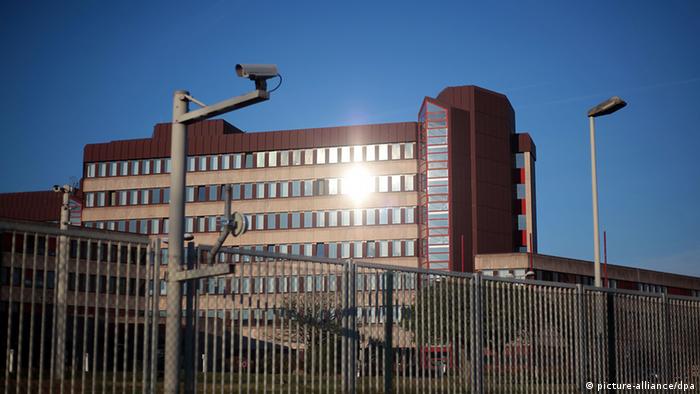 Germany is debating plans to expand its counter-espionage personnel and conduct "foundational monitoring" of the embassies of such nations as the United States and Britain, Spiegel said in its report on Sunday.

The operations would include the tracking of US agents operating under diplomatic cover on German soil, the report said.

The alleged plans come in the wake of revelations since June that the US National Security Agency (NSA) had carried out massive electronic surveillance in Germany, including monitoring a non-government mobile phone used by Chancellor Angela Merkel.

The head of the German domestic intelligence service, the BfV (headquarters shown above), Hans-Georg Maassen, had already suggested last year that Germany might be considering enlarging its counter-espionage operations in light of the revelations.

Maassen said in November that Germany needed to "adjust counter-espionage and take a 360-degree view."

Spiegel said Merkel's office, the Interior Minstry and Foreign Ministry would all have to agree to give the green light to the enhanced counter-intelligence measures.

Since the revelations by NSA whistleblower Edward Snowden, Germany has voiced dissatisfaction with Washington and London's lack of readiness to emulate its strict privacy regulations. Washington has also been reluctant to agree to a blanket no-mutual-spying pact sought by Berlin.

Merkel said in a podcast on Saturday that she would address privacy issues this week on a visit to Paris, with one aim being the establishment of secure European communication networks independent of the US.

Germany already closely monitors intelligence operations by China, Russia and North Korea, but has in the past largely exempted those of its own allies from any surveillance.

Spiegel quoted Clemens Binninger from Merkel's Christian Democrats and chairman of the parliamentary oversight committee on intelligence as saying, "We need to cease the differentiation and treat them all the same way."

The magazine said Germany's other main counter-espionage agency, the joint armed forces intelligence service MAD, was also reviewing whether it, too, should subject allies' intelligence operations to increased scrutiny.