Two Indian citizens living in Germany have been found guilty of spying on Kashmiris and Sikhs for India's intelligence agency. The couple have been sentenced to suspended jail terms and large fines. 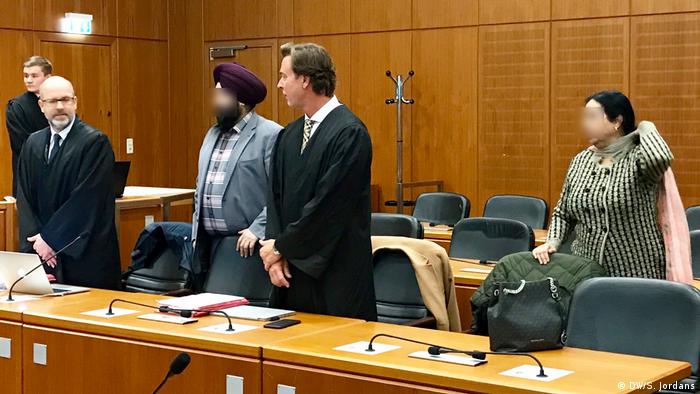 A German court on Thursday convicted an Indian married couple of spying on Kashmiri and Sikh groups in Germany on behalf of India's foreign intelligence service.

The court in Frankfurt found Manmohan S., 50, and his wife, Kanwal Jit K., 51, guilty of handing information on such groups to India's Research and Analysis Wing (RAW).

Their last names are not given in accordance with German privacy laws.

Manmohan S. was handed a one-and-a-half-year suspended jail sentence for illegal espionage activities, while Kanwal Jit K. received a fine equivalent to 180 days of income for aiding and abetting such activities.

The husband's espionage activities are said to have begun in January 2015, with his wife joining him in collecting intelligence from July 2017. The couple are reported to have received €7,200 ($7,974) from RAW for their services.

During the trial, the two eventually confessed to regular meetings with a RAW handling officer to hand over information.

Delhi has in the past expressed concern that Sikhs, particularly those living in the diaspora could harbor hostility to the Indian state. It is also worried that the Kashmiri separatist movement could be strengthened from abroad.

Germany has the third largest community of Sikhs in Europe after Britain and Italy, according to the German religious rights group REMID, with between 10,000 and 20,000 adherents of the religion living in the country.