Germany imposes caveats on terrorist intel flow to the US | World| Breaking news and perspectives from around the globe | DW | 17.05.2011

A press report says that the German government has been limiting the flow of intelligence to the CIA following the killing of a German citizen by a US drone. Critics say it is just covering its back. 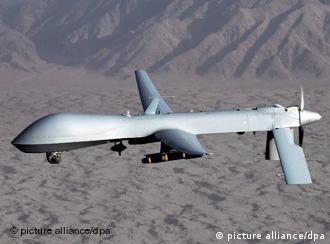 A US drone killed Bünyamin E. in Afghanistan last October

The odd, unresolved case of Bünyamin E. is casting a long legal shadow. New signs have emerged that the death last fall of this 20-year-old from a village in western Germany has caused obstructions in the flow of intelligence between Germany and the US.

Angela Merkel's government is reluctant to talk about Bünyamin E., but according to a report on Sunday in news magazine Der Spiegel, the Interior Ministry is limiting the amount of intelligence it passes on to the CIA as a direct consequence of his death - described by opposition parties as an extrajudicial assassination.

Death on a remote mountain

Bünyamin E. was a Turkish-German 20-year-old who was killed - along with several other suspected Islamists - by a US drone on October 4, 2010, in Waziristan, a remote region on the Afghanistan - Pakistan border.

Raised in Wuppertal in the state of North Rhine-Westphalia, he had been under observation by the BKA, Germany's equivalent of the FBI, as a terrorist suspect, though there was no arrest warrant out on him. He had reportedly been closely associated with Islamist groups, received combat training in an Islamist camp in Uzbekistan, and had been in Pakistan and northern Afghanistan for several weeks when he was killed.

Since 2001, Germany has passed all information about such terrorist suspects unfiltered to the US. Accordingly, Der Spiegel claims that after Bünyamin E.'s departure from Germany in the summer of 2010, the Federal Office for the Protection of the Constitution - a German intelligence agency that reports to the Interior Ministry - gave his mobile phone number, the number of a contact in Turkey, and an address of a café in Pakistan to the US. 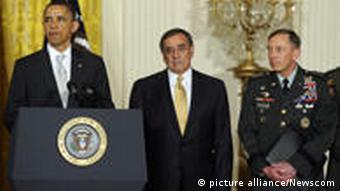 President Obama has used the CIA to kill terrorist suspects

The CIA allegedly used this information to locate and kill Bünyamin, but the Interior Ministry denies this. Government spokesman Jens Teschke told Deutsche Welle, "I can only say that the German security authorities did not pass on any information to foreign partners that led in any way to the killing in Waziristan."

Bünyamin E.'s death attracted much attention last year. Bild, Germany's biggest-selling newspaper, interviewed his former neighbors, who described Bünyamin as a "polite, well-brought-up boy," and claimed his father had driven him to going to Pakistan to study Islamic scripture. "He would not have go on this journey of his own accord," a neighbor said.

There was much legal scrutiny too. Judge Thomas Schulte-Kellinghaus, of the Karlsruhe Higher Regional Court, pressed charges against the BKA chief commissioner Jörg Ziercke for abetting murder. State prosecutors threw out the allegation in early February - saying "there were not enough grounds for suspecting a crime" - but other cases are still pending in other German courts, with charges against both the CIA and the BND.

On top of this, the Green party and the socialist Left party (who called the killing a "war-crime") formally demanded more details, which the government was very slow to produce.

Another legal conundrum is that to date, no judicial inquiry has been launched into the death of Bünyamin E., even though by German law, authorities are obliged to investigate the violent death of a German citizen abroad.

Intel with a caveat

Der Spiegel now claims that soon after Bünyamin E.'s death, the German government started to attach a caveat to intelligence it delivered to the US. According to this, German intelligence can only be used to arrest, not kill, suspected terrorists. 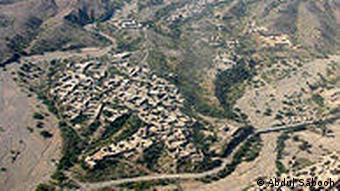 Waziristan is a remote border region between Afghanistan and Pakistan

Left party parliamentarian Ulla Jelpke, who raised initial questions about the case, thinks this is ridiculous. "To continue to supply names, locations, phone numbers etc, and to simply add an addendum saying, 'Please don't kill' - it's a bizarre joke," she said in a written statement for Deutsche Welle.

Anthony Dworkin, an international justice expert at the European Council on Foreign Relations, thinks the German government may be trying to cover its back legally. "It seems that the view within the German government is that these drone attacks aren't legal under their interpretation of international law," he told Deutsche Welle. "If you take that view, I think you have a legal obligation to make sure any information you use is not part of them."

Jelpke agrees, but she thinks the government is more afraid of potential court cases than is concerned about the rule of law. "The limitations on passing data to the US, as reported in Der Spiegel, clearly only serve as legal cover," she said. "If the German secret services themselves think that people whose data is transferred to the US could become victims of extrajudicial killings, then passing on that information has to be stopped. That is the rule of law."

Dworkin also thinks the Germans have no intention of limiting cooperation with the US. "It's not at all surprising," he says. "I would guess the German authorities are just trying to limit the complications."

The British research fellow says demands for guarantees are not at all unusual in the world of international intelligence exchange. "These kinds of caveats are part of intelligence relations between different countries," he explains. "In a slightly different context, we're familiar with cooperation in criminal matters being predicated on certain conditions. For example, the EU won't cooperate in investigations that lead to a death penalty charge."

The case of Bünyamin E. is in effect another illustration of how the American "war on terror" has created awkward legal grey areas in international law.

"It shows the continuing problems that arise from the lack of a common framework between the US and its European allies," concludes Dworkin. "Obviously they need to cooperate very closely in counter-terrorism, but the fact that they have these different legal frameworks clearly complicates things."

Bin Laden was unarmed during compound raid, US confirms

Officials in the United States have confirmed that Osama bin Laden was unarmed when he was killed during a commando raid on his compound on Sunday. The announcement has stoked further debate on the operation. (03.05.2011)

US enters murky legal waters as drone use increases

As US President Barack Obama ramps up drone attacks in Pakistani tribal regions, experts debate the limits international law places on drone use. The answer lies as much on where the targets are located as who they are. (22.10.2010)

Use of drone attacks draws little criticism in US

Several suspected terrorists were killed in a recent drone attack in northwest Pakistan. Five were apparently German citizens. In the past five weeks alone, the CIA has launched 23 remote attacks in Pakistan. (06.10.2010)