Germany Gripped by Epidemic of Threatened School Shootings | Germany | News and in-depth reporting from Berlin and beyond | DW | 08.12.2006

Hysteria hit high schools across Germany this week as police struggle to deal with a wave of threatened copycat crimes triggered by a student's storming of his school in late November. Is the country overreacting? 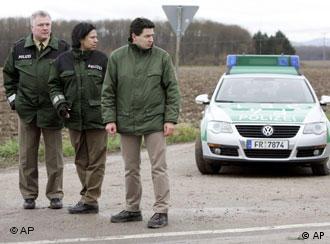 Some 3,700 police officers have been deployed in Baden-Württemberg's schools

Weeks after an armed 18-year-old attacked the Scholl secondary school in Emsdetten, wounding five people before killing himself, Germany is in the grip of a security scare.

"An anonymous person has threatened a killing spree in his school in Baden-Württemberg on Dec. 6," it read. "The person has confirmed his intention is serious."

By Friday, some 4,800 local schools had been placed under police protection; many parents kept their children at home, and a spate of copycat threats had swept the country.

Schleswig-Holstein's interior minister, Social Democrat Ralf Stegner, announced that copycat callers would face stiff penalties. "Police and prosecutors will do everything in their power to investigate these people," he said. "Anyone who claims they intend to perpetrate violence is punishable." 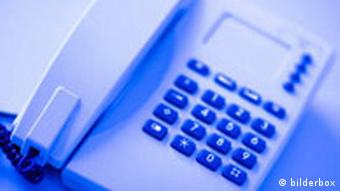 But Helmut Rau's decision to go public with the warning met with widespread criticism.

No sooner had Rau's e-mail come to public attention, than authorities started receiving dozens of warnings of violence. Three teenagers were detained by police in Baden-Württemberg on Thursday. Another four suspected of planning attacks on their respective schools were arrested in separate incidents in North Rhine-Westphalia, while police across the country received numerous anonymous warnings from callers threatening attacks.

"What we have now is chaos," said Josef Schneider, president of the Baden-Württemberg Police Union.

"The warning spread fear and uncertainty among the population and created a framework for copycat callers," said Ute Vogt, leader of Baden-Württemberg's opposition SPD.

Jürgen Giessler from the Offenburg police department predicted that the number of copycat incidents would continue to climb over the next few weeks and stressed the entailing financial burden.

"It could add up to a figure it will take a lifetime to pay off," he said.

But the regional government insisted it had acted correctly.

"There could be nothing worse for the people affected than to be kept in the dark and overwhelmed by rumors," said Baden-Württemberg's interior minister, Heribert Rech.

"Anyone with the slightest suspicion a killing spree might take place should not be afraid to come forward," agreed his counterpart in North Rhine-Westphalia, Ingo Wolf. "At stake is the safety of students, teachers and the culprit themselves." 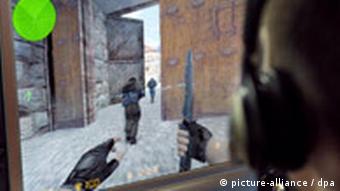 Experts fear teenagers are being corrupted by computer games

Inevitably, the threats have hit Germany's headlines. But many are wondering if the media interest does not in fact serve to spur on disaffected young people rather than to deter them.

"Some people use the media interest to draw attention to themselves," Federal Police Union President Wolfgang Speck told the daily Die Welt.

Micha Hilgers, a psychoanalyst based in Aachen, agreed. "The enormous public attention -- if not hysteria -- is nothing less than balm to the damaged souls of these potential spree killers," he said on radio station SWR2.

Youth violence expert Adolf Gallwitz pointed out in an interview with the daily tageszeitung that media revelations about characters such as the Emsdetten student also prompt young people to sympathize with them.

"The surfeit of intimate details encourages teenagers to identify with the culprit," he said. "They think: he was as old as me, he goes to the same sort of school I do -- all I need now is my grandfather's firearm."

Police declared a state of alert at three high schools amid fears of rash of school violence in Germany, and some states are moving to ban the sale of "killer" computer games to minors. (06.12.2006)