The five men and one woman received jail terms between two years and 10 months, and six years. One of the charges was membership of a far-right group whose name roughly translates as The Free Comrades of Dresden. A court in the eastern German city of Dresden on Friday sentenced six people to jail for membership of a far-right group in the city. The defendants belonged to the Freie Kameradschaft Dresden(FKD), which could translate as The Free Comrades of Dresden or The Free Fellowship of Dresden.

They had taken part in fighting outside a refugee accommodation facility in Heidenau in the state of Saxony in August 2015. Some of the worst unrest was between rival far-right and far-left German demonstrators clashing at the site. The court also found that the defendants had played parts in other attacks against foreign nationals in Germany. 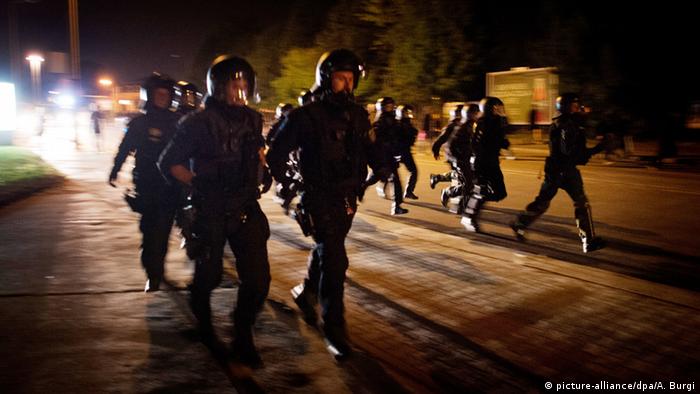 Read more (from 2015):  In Heidenau, bracing for more anti-refugee protests

The 31-year-old ringleader received a sentence of four years and four months in jail. The only woman on trial, aged 29, received the lightest sentence of 34 months behind bars.

The longest sentence, six years, went to another of the men on trial, with its extra length explained by his past rap sheet, including 29 previous convictions.

Other charges the FKD members faced included severe breach of the peace, causing dangerous bodily harm and possession of explosives.

The court found that while the organization was not founded with violent intent, it rapidly radicalized after its formation in July 2015. Five other FKD members have already been convicted, with another trial against three alleged members or supporters of the group ongoing since November 2018. 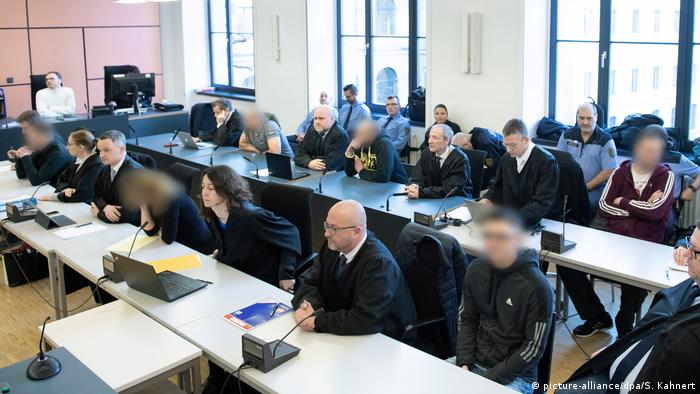 Five men and one woman were sentenced in the case

Each evening at 1830 UTC, DW sends out a selection of the day's news and features. Sign up to receive it here.