Germany Disappointed By IAEA Findings on Iran | Germany| News and in-depth reporting from Berlin and beyond | DW | 16.11.2007

Germany said this week's IAEA report on Iran was mixed. Berlin said it remained up to Tehran to prove that its nuclear ambitions were peaceful and to cooperate with the international nuclear inspectors. 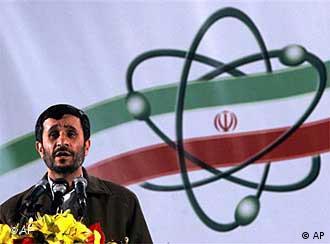 The report shows area of light and of shade, but on the whole it is not encouraging," German foreign ministry spokesman Martin Jäger said on Friday, Nov. 16. "Iran has not met its commitments and has pursued enrichment work. It still has to present us with proof that the aims of its nuclear program are purely peaceful."

US President George W. Bush said on Friday that international pressure on Iran "must, and will grow" if Tehran refuses to freeze its program. 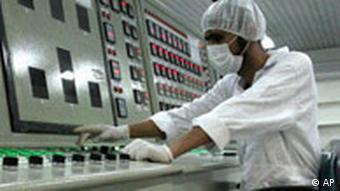 Iran appears determined to continue with its nuclear activities

But Tehran vowed to continue its enrichment plans.

"Iran will never give up the uranium enrichment technology, which it has mastered," Iran's ambassador to the IAEA Ali Asghar Soltanieh told Iran's official news agency IRNA.

Iranian President Mahmud Ahmadinejad also called on the US government to change its course, saying the IAEA had testified to the fact that Iran's nuclear program was peaceful.

The International Atomic Energy Agency (IAEA) said in a report published on Thursday that Iran had provided "sufficient access" to individuals and responded in a "timely manner" to questions, but described cooperation as "reactive rather than pro-active."

While the watchdog body conceded Iran had made some progress in revealing the extent of its nuclear program, it also stated that it was still defying UN demands that it suspend enrichment. 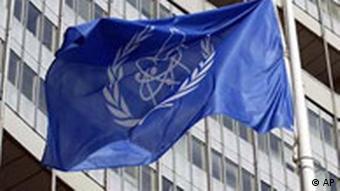 The IAEA noted some progress in its report, but continued to express misgivings

Officials confirmed for the first time that Iran had installed 3,000 uranium enriching cartridges, reaching a key milestone in its nuclear program. That is the number scientists believe is sufficient to create enough of radioactive material of sufficient quality to produce a nuclear bomb in one year.

The report warned that the agency's knowledge of the country's current nuclear activities was diminishing.

Washington imposed fresh unilateral sanctions on Iran in late October and has vowed in the wake of the report to press ahead with its drive for additional ones.

The United States, which accuses Iran of trying to develop nuclear weapons and has not ruled out using force against the Islamic republic, said the findings in the report proved that Iran was just "stringing the IAEA along."

"Maybe they've shed some additional light on activities in the 80s and 90s, but we know less and less about what they're doing in 2007," the US ambassador to the IAEA, Gregory Schulte, told the AFP news agency.

China and Russia, which are also permanent members of the UN Security Council, are reluctant about backing the US drive for further sanctions. Tehran has repeatedly said its nuclear program is intended only to generate energy. 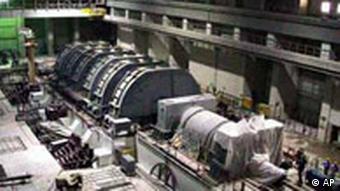 While France has begun probing the possibility of EU sanctions against Tehran, Germany, which is Iran's largest European trading partner, has argued that ongoing UN and European diplomatic efforts should first run their course before further action is taken.

Berlin has, however, signaled it would be open to additional measures if current sanctions don't produce a change in Iran.

"The foreign minister has made clear that if this is the case we would take up this issue in Europe and consider together what steps could be taken by Europe," Jäger told reporters.

Russia, on Friday, announced it was prepared to begin sending nuclear fuel to an Iranian station at the end of November.

"We are ready to provide IAEA specialists with all the conditions they need to do their work," Konstantin Grabelnikov, deputy head of Russia's Novosibirsk Chemical Concentrate Plant, which is preparing the fuel, said in a statement.

Russian officials said they had not set a date for delivery, but added that the fuel would be sent six months before the Iranian plant being built at Bushehr began operation, which is not expected before 2008.

In the wake of talks in Berlin, the leaders of France and Germany said they agreed on the need for diplomacy in dealing with Tehran, and pledged to do their utmost to keep nuclear weapons out of Iranian hands. (12.11.2007)

Merkel, Sarkozy Meeting to Focus on Middle East and Integration

The situation in the Middle East and the integration of immigrants top the agenda when German Chancellor Angela Merkel meets French President Nicolas Sarkozy on Monday, Nov. 12. (12.11.2007)

What is your opinion of the IAEA's report? Send us your comments and please include your full name and country in your reply.