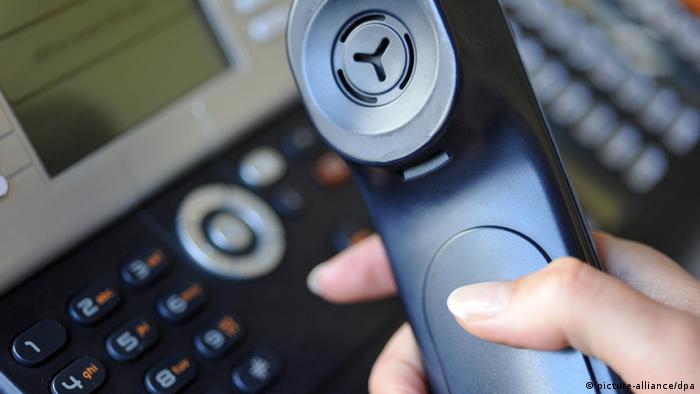 The two officials had previously clashed on the issue of how long data should be kept on record. Maas called Wednesday's guidelines a compromise that would go too far for some and not far enough for others.

Specifically, the proposed policy refers to the systematic retention of data pertaining to phone and Internet usage records of German citizens. De Maiziere believes this could be an effective tool in fighting crime.

Under guidelines Maas presented, telephone and Internet companies could retain connection data of calls and online traffic (through IP addresses) for a maximum of 10 weeks. Location information could be saved for a maximum of four weeks.

"The content of communications may not be saved in any way," Maas told reporters in Berlin. In addition, "all e-mail traffic will be excluded from retention" and it would not be permitted to create a personal profile of a person or record their movements. The connection data would only be accessible by security authorities and would require the permission of a judge. Data retention centers would be located in Germany.

The European Court of Justice ruled in 2014 that EU-wide policy on the matter, which required telecommunications companies to store their customers' communications data, violated the right to privacy. The court argued it created an impression among citizens that they were constantly under surveillance.

The German government had data retention laws in place until 2010, when a court declared them void. No replacement has since been enacted.

On Wednesday, Maas said he was confident that a law could be drafted soon to be introduced to the German Bundestag.

The German government was quick to announce plans to widen data retention against terrorism in response to this month's attacks in Paris. But Berlin already collects far more telecom metadata than many suspected. (30.01.2015)

Following each terrorist attack, politicians and populists chime in with calls in favor of mass data collection. DW's Marcel Fürstenau explains why this proves useless as a measure in the struggle against terrorism. (18.01.2015)