Germany will gradually phase out its coal mining, after declaring that it makes no economic sense. Subsidies to phase out the mining over the next decade will cost 30 billion euros ($41 billion.) 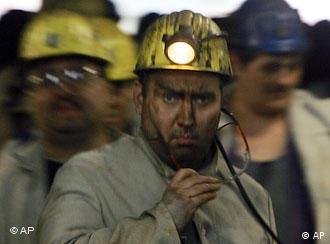 Coal miners will lose their livelihoods

A 200-year tradition will come to an end in Europe's largest economy. On Wednesday, the German government approved phasing out coal mining by 2018.

"A great, long era is coming to an end in a socially responsible way," Economy Minister Michael Glos said Wednesday.

An industry without a future 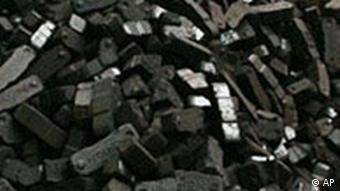 Coal mining "has no future" Glos said. For decades, the industry has been heavily subsidized to the tune of more than 160 billion euros, he said.

Inexpensive coal from abroad undercuts the expenses associated with heavily-subsidized domestic mining, he said. Seven of the mines are in the western German state of North Rhine-Westphalia. One is in Saarland, which borders France.

The phase-out will cost the federal and state governments 21.6 billion euros. The rest of the money will come from a partial privatization of the industry as well as from the energy company RAG.

Essen-based RAG is a group of companies which has chemical, energy and real estate holdings. The company plans to enter the stock exchange in the spring of 2008. RAG reached a deal with the unions and the government in February regarding how the phase-out would occur. 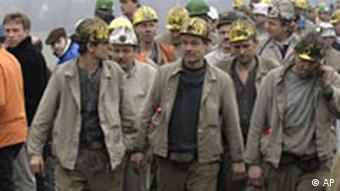 The head of the Mining, Chemical and Energy Industrial Union (IG BCE), Hubertus Schmoldt, said the decision was of "historical importance," and pointed out the phase-out plan could be revised in the future.

The rules contain a clause that allows the phase-out to be reversed if Germany is ever faced with power shortages or extremely high prices for other forms of energy.

Wednesday's decision by Germany's cabinet requires parliamentary approval, which is a formality since the government has majorities in both the upper and lower houses.

Europe’s leading energy utility, Vattenfall, has begun test runs of a new technology aimed at capturing carbon dioxide at power plants. A pilot plant went into operation in the eastern town of Jänschwalde. (07.04.2007)

An agreement on the closure of Germany's unprofitable underground coal mines has been finalized, guaranteeing a soft landing for all parties. (08.02.2007)

Coal might be Germany's most abundant indigenous energy source, but the death knell finally sounded for the country's unprofitable coal industry when the government decided to end mining subsidies. (31.01.2007)