Germany is currently debating whether the film "Innocence of Muslims" should be allowed to be viewed by the public. Based on a paragraph in the German penal code, the film theoretically could be banned. 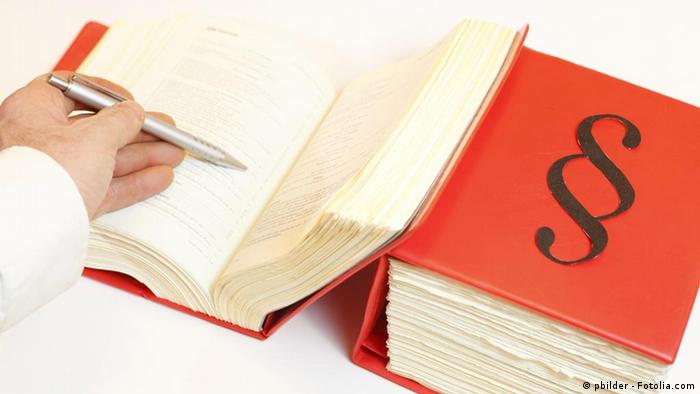 In everyday German linguistic usage, one speaks of the "blasphemy paragraph" in connection with Paragraph 166 of the German penal code, but technically the law is not only about blasphemy. The reason is that sacrilege, or the slander of God - or any of the prophets - on its own has not been punishable in Germany since 1969, when paragraph 166 was fundamentally revamped.

However, a penalty of up to three years in prison or a fine can be handed down to anyone who "publically, or via the dissemination of writings, slanders the religious confession of another person" - if and only if this is done in a way that "is meant to disturb the peace."

From 'nuisance' to 'disturbing the peace'

In essence, even the hitherto existing blasphemy law, which took effect in 1872, was more concerned with the public ramifications of the slandering than with the slandering itself.

By the middle of the 18th century, the understanding of blasphemy had been shaped by the conceptions of leading European philosophers and theologians who argued that God, in His "absolute sovereignty" (T. Hobbes), was impervious to human insult, and thus not in any need of legal protection.

According to the initial definition of Paragraph 166, one could, however, be punished if the act resulted in a "public nuisance"; in other words, some form of public commotion. The term "disturbing the peace," by contrast, which was used in the new formulation of the law, implies a much deeper dimension of public agitation.

When exactly the "peace" is disturbed, however, is a matter of interpretation. It is also a question of weighing one offense against other basic rights; for instance, the right to freedom of opinion and freedom of speech. It comes as no surprise that Paragraph 166 has only very rarely been implemented since being reformed.

"Since 1969, there have only been 10 people convicted of breaking this law," Henning Ernst Müller, professor of penal law and criminology at the University of Regensburg, told DW. "In most cases in which this law is brought up, the prosecution most often simply dismisses the complaint." 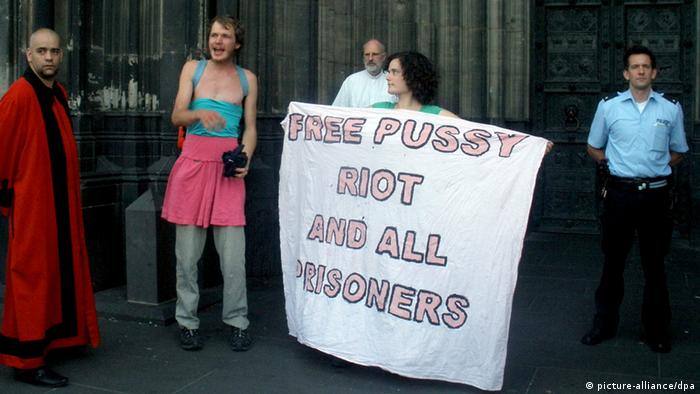 'Blasphemy' in the name of art

In 1994, city authorities in Trier banned the performance of a musical in which one of the characters, "Maria" - who had been inseminated by sperm on a toothbrush - called the birth of her child a "virgin birth," in reference to the Immaculate Conception of the New Testament.

The legality of the ban, which was based on Paragraph 166, was confirmed by a number of courts around Germany. But in most cases regarding such "artistically" justified provocations, most German courts see no punishable offense.

If, however, an action that offends religion is not able to invoke artistic freedom or satire, Paragraph 166 can be used. In 2006, a man was sentenced to one year probation and social work, after he disseminated sheets of toilet paper with the word "Koran" printed on them.

In the case of attacks on Christian values, the modified social perception regarding the Christian religion in Germany also plays a legal role. In 1984, a woman from Göttingen was sentenced on two counts for saying that Christianity belongs to the "greatest bands of criminals" in the world. In 2011, by contrast, a Berlin judge refused to even open a case against a blogger who referred to the Catholic Church as a "sect of child fornicators."

The judge justified her decision by saying that - in response to the wave of child abuse complaints that had recently come out against Catholic priests - the blogger's statement wasn't meant to disturb the peace.

A group of conservative politicians in the year 2000 attempted to have the "disturbing the peace" clause removed from Paragraph 166, in a bid to give the law the teeth it had before being reformed. The move was unsuccessful, but now Catholic politicians and church figures are attempting the same thing, because they want to make sure that Christianity and Islam are on level playing fields. 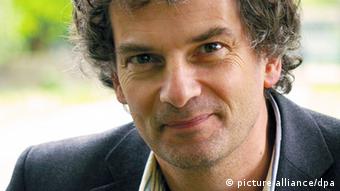 Germany should do away with the law completely, says Müller

"If a religion is slandered, and the followers of that religion react particularly emotionally or aggressively, one could perhaps argue that such a slandering is directed at disturbing the peace."

It follows, then, that if another religious community is wont to react more tolerantly to the slandering of their religion, they are in effect no longer protected, or at least less protected, by legal norms.

This is a paradoxical notion and a dilemma for lawmakers, says Müller. But he remains convinced that a tightening of the law is the sensible option. If one were to remove the "disturbing the peace" clause, then there would be no more reference point for weighing the offense against infringement of the freedom of opinion. "It would only depend on what the judge sees as particularly offensive."

For Müller, this would be no improvement of the legal norm, but rather an improvement for the worse. "My personal opinion is that the paragraph should be completely abolished once and for all."

Right in the middle of the tensions about the anti-Islam film, a French magazine has added fuel to fire by publishing new Muhammed caricatures. Critics accuse the publicaton of intenionally provoking the Muslim world. (21.09.2012)

Caricatures published in a weekly French satirical paper have riggered protests in Muslim countries. Publishing them was the "wrong decision in the current circumstances," says European Parliament member Sajjad Karim. (19.09.2012)

The trial of four men suspected of plotting an attack on a Danish newspaper that published cartoons considered offensive to Islam begins Friday. The cartoon controversy marked a turning point for political cartooning. (13.04.2012)