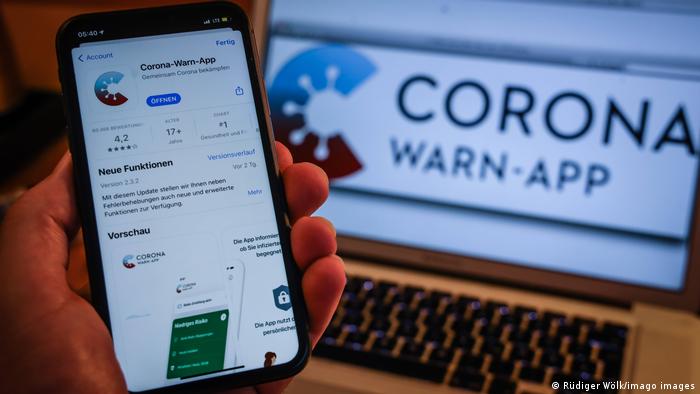 German health authorities are struggling to trace the contacts of COVID-19 cases amid the winter wave of the pandemic, Ute Teichert, chair of the Federal Association of Doctors in the Public Health Service has said.

In an interview published Friday with RedaktionsNetzwerk Deutschland (RND), Teichert said "comprehensive followup [of coronavirus cases] is almost no longer taking place at the moment."

In fact, several German states have completely suspended the search for contacts of infected people, including Baden-Württemberg, Berlin and Hamburg, Teichert said.

Contact tracing offices are now focusing primarily on recording the "numerous coronavirus infections," she added, amid a surge in infections in recent weeks exacerbated by the emergence of the highly-transmissible omicron variant.

"Unlike with the delta variant, health authorities must order a quarantine for omicron-infected people and their contact persons, regardless of the vaccination status."

Teichert added that a significant increase in the number of omicron cases over the next few weeks will be challenging for contact tracers.

"Many Germans believe that they do not have to be quarantined as a contact person because they are vaccinated. But that is not true," the health official warned.

While tracing teams have received short-term support from students and the military, Teichert said there has been a "massive fluctuation" in staffing levels for nearly two years.

"We constantly have to train new people, create new works paces and provide the technology — and always only for a few weeks before everything is scaled back again. That is no solution," she said. At times, German soldiers and students have been roped in to help with contact tracing

Fewer test centers will remain open during the festive period, and some German states will report incomplete infection rates, due to staff leave and office closures.

Tino Sorge, health spokesman for the conservative bloc in the Bundestag, warned that "omicron does not take a Christmas break," and that lower reported daily caseloads would lull Germany into a "false sense of security."

On Friday, Germany reported 35,431 new cases and 370 new deaths, according to data from the Robert Koch Institute for disease control.

Omicron is now present in all 16 German states, although delta remains the dominant variant.

German president: Onus is on individuals to end the pandemic

In his Christmas address, President Frank-Walter Steinmeier will say responsibility for beating the pandemic lies with each citizen, as well as the state. He is also set to address devastating German floods.