The German government has compensated hundreds of victims of extremist violence since 2007, Focus magazine has reported. More than one million euros went to people who suffered attacks by the neo-Nazi group NSU. 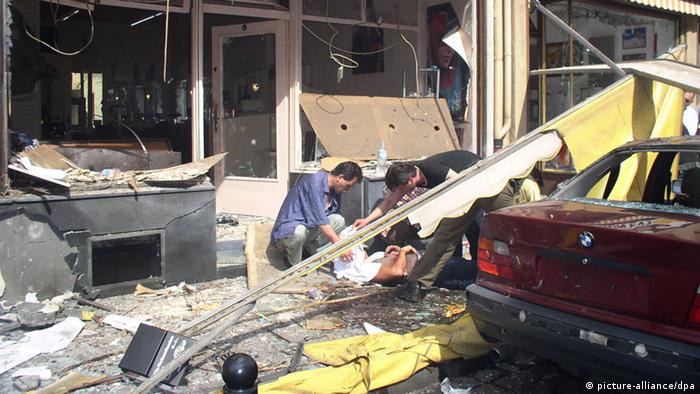 Germany has paid 2.1 million euros ($2.6 million) to hundreds of victims of neo-Nazi violence and extremist attacks since 2007, a report in a German news weekly said on Sunday.

Victims of attacks by the National Socialist Underground (NSU) alone received over a million euros as indemnity, according to Focus magazine. The neo-Nazi outfit, whose discovery in 2011 shocked the country, was responsible for the deaths of 10 people, mostly of Turkish origin, between 2000 and 2007.

In all, the German Ministry of Justice received 762 applications for compensation between 2009 and 2014. Most of these requests came from the eastern states of Saxony, Saxony-Anhalt and Brandenburg.

More than 70 percent of the applicants had been compensated, the report said. The Federal Office of Justice, a subordinate agency that answers to the ministry, was able to retrieve around 432,000 euros from the perpetrators of the violence, according to Focus reporters.

The Ministry for Justice also indemnified victims of terror attacks such as the siege in 2008 in Mumbai and the attack on a Moscow airport in 2011, the magazine said.

Those wanting to fight the recent spurt of right-wing extremist protests in Germany have a new tool. The 'anti-Nazi' app can help users where extremists are planning demonstrations so that they can thwart them. (04.12.2014)