Germany has banned an organization that collects funds for the Palestinian movement Hamas, which controls Gaza and is on the European Union's terror group blacklist. 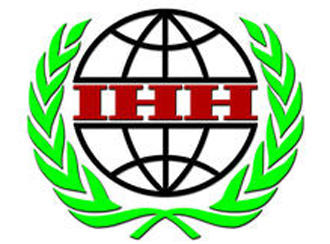 IHH was accused of financing Hamas under the guise of charity

Germany on Monday announced that it has banned a fundraising charity organization for the Palestinian movement Hamas.

German Interior Minister Thomas de Maiziere said he shut down the Frankfurt-based IHH (Internationale Humanitaere Hilfsorganisation), found to have been funding the Hamas movement which controls Gaza and is on the European Union's terror group blacklist.

The group collected 6.6 million euros ($8.3 million) in donations for Hamas, said de Maiziere in a statement, and has now been banned because it abused donors' good intentions in order to "support a terrorist organization with money supposedly donated for charitable purposes."

According to the German Office for the Protection of the Constitution, the IHH is said to have been led by functionaries of Milli Gorus, the largest Islamist organization in Germany. The money the IHH funneled to Hamas was collected at mosques belonging to Milli Gorus.

"Organizations that directly or indirectly align themselves from German soil against Israel's very right to existence have forfeited their right to be active in Germany," said de Maiziere.

Germany has staunchly supported Israel following the Nazi genocide of European Jews in World War II and is highly critical of Hamas, which runs Gaza and refuses to recognize Israel.

Israel has loosened its blockade of goods to the Gaza Strip, blunting a diplomatic tiff with Germany over a refusal to allow a government minister to inspect an infrastructure project in the enclave. (21.06.2010)

Meetings in recent months between US officials and senior representatives of Hamas signal a US and European backchannel effort to explore ways of drawing militant Palestinians into a renewed Arab-Israeli peace process. (19.05.2010)

EU condemns use of fake passports in Hamas assassination

EU foreign ministers meeting in Brussels on Monday have strongly condemned the use of fake European passports used in the killing of a Hamas official in Dubai last month. (22.02.2010)