Researchers say that fathers of first-borns are steadily getting older in Germany. According to new figures, the average age for men to become fathers is now above 33. 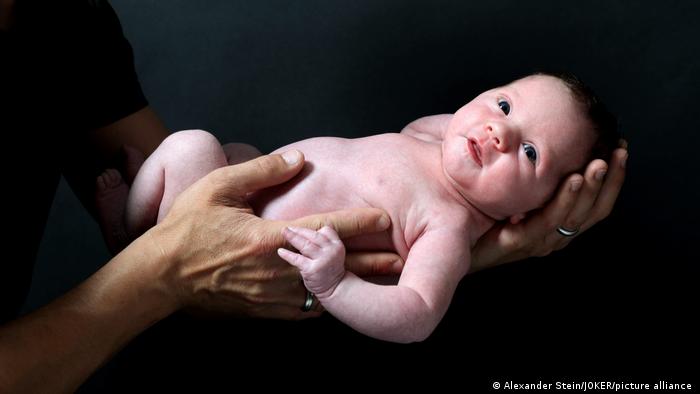 The ages of fathers, as well as mothers, have shown a steady increase

The average age of men who become fathers of first-born children in 2020 nudged up to 33.2 years, German government figures showed on Tuesday.

Germany's Federal Statistics Office (Destatis) said the average age had risen almost continuously for the past five years, and from 32.8 years in 2015.

The figures — released just ahead of German Father's Day on Thursday — were for men whose partners gave birth to their first children.

Germany has previously reported zero population growth in 2020, with the coronavirus pandemic raising the number of deaths and limiting migration.

The nation of some 82 million people is one of a very few countries to have consistently averaged fertility rates well below "break even" levels for decades.

In Germany, the birth rate in 2020 was 1.53 children per woman — which puts Germany in line with the EU average. It was the fourth successive year that it had fallen — after a brief rise between 2014 and 2016.