An "overpriced" shipyard overhaul of Germany's naval training vessel the Gorch Fock has been slammed by federal auditors. They're reportedly asking why Berlin never opted to build a brand new ship. 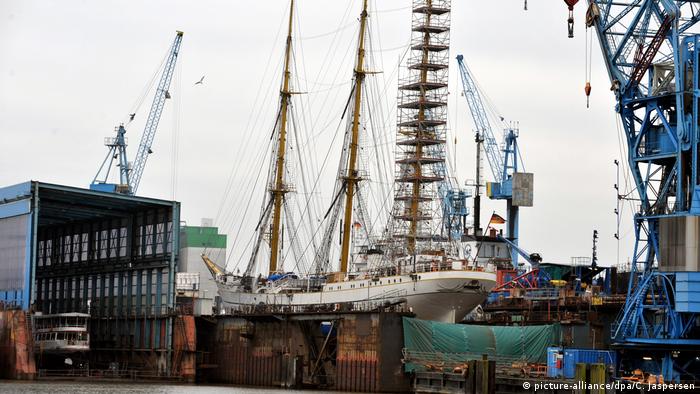 "Severe" mismanagement within the German navy and Defense Ministry led to massive cost overruns in restoration work on a naval training ship, according to a confidential report seen by Der Spiegel magazine.

Repair estimates on the Gorch Fock were originally priced at under  €10 million ($11.5 million), but skyrocketed to €135 million last year, the 39-page report from the National Audit Office found.

Work on the ship's hull and renewal of its upper and middle deck began in 2015 without an economic feasibility study, and without considering the case for constructing a new ship, auditors said.

A Defense Ministry spokesperson said the ministry would submit a formal reply to the Federal Audit Office's accusations by April. 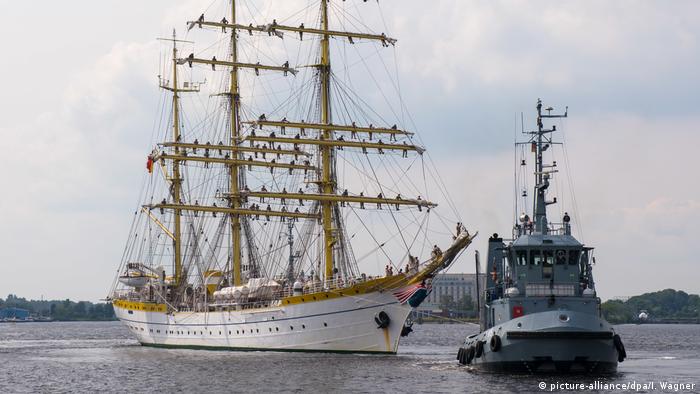 Before it was taken to Bremerhaven for repairs in 2015, authorities reportedly believed it would take some four months to complete the restoration.

More than three years later, however, the ship is still completely disassembled. Keeping the ship in dry dock costs the German taxpayers some €10,000 per day, according to Der Spiegel.

Meanwhile, the German navy has been forced to reassign its officer cadets to Mircea, a Romanian three master barque, for naval training.

The Gorch Fock is a modified replica of an older vessel and was built for West Germany's navy in 1958. It was built after the loss of a larger commercial barque named the Pamir, which  capsized in an Atlantic hurricane off the Azores in 1957.

Who stops the waste of taxpayer's money?

The German government is insisting that other European countries stick to their austerity programs - but in Germany itself there are few institutions that can control, let alone stop, exorbitant state expenditure. (28.05.2012)

After nine months on the high seas, the Gorch Fock has come home. Once the pride of the German navy, the military's teaching sailing ship is now synonymous with scandal. (06.05.2011)

A shipyard is handing back the Gorch Fock sailing vessel to the German navy after almost six years of refitting. The ship was previously at the center of several controversies.