The German government has given the green light for more arms exports to the Gulf region, reports say. But the equipment is said to be partly for "test purposes." 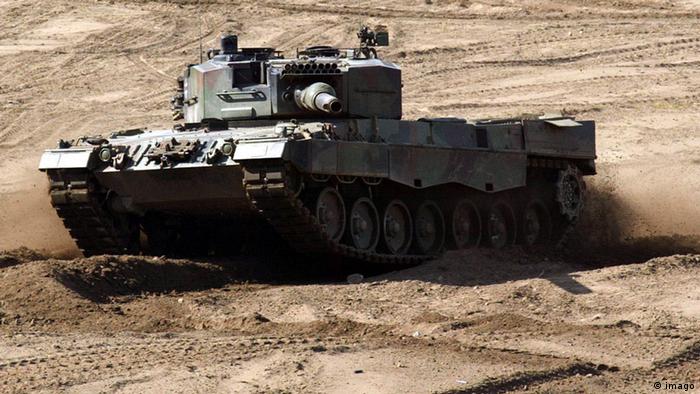 Among the exports approved by the Federal Security Council were 15 patrol boats destined for Saudi Arabia, the paper said.

Its report was confirmed by the DPA news agency.

"Saudi Arabia intends to protect its offshore oil platforms from attacks by IS terrorists, for example. That is a legitimate interest," the paper quoted government sources as saying.

The sources added that the boats could not be used to commit human rights abuses or to combat dissidents, and that several were equipped only for self-defense.

Arms exports to Saudi Arabia are controversial in Germany, as the Gulf country is often accused of massive human rights violations.

Germany is also to deliver a battle tank of the type Leopard 2A7 to Oman and a Leopard 2 to Qatar, according to "Die Welt."

Neither of the tanks was allowed to be used for military purposes, the paper quoted the sources as saying.

The German government, however, continues to deny Saudi Arabia the G36 assault rifles it has long requested amid concerns about the kingdom's human rights record.

German Economy Minister Sigmar Gabriel, who sits on the Council, has frequently said he did not want to approve deliveries of tanks to the Arab world in view of the instability and fraught human rights situation in the region.

A report on German arms exports in 2014 - Gabriel's first full year in the post - that was approved by the Cabinet on Wednesday showed a 22 percent reduction in such exports in comparison with the year before. The volume of 6.5 billion euros ($7.3 billion) was the lowest since 2010.

Critics have expressed concern that the percentage of exports to countries that are neither NATO members nor affiliates amounts to about 60 percent of the entire export volume.