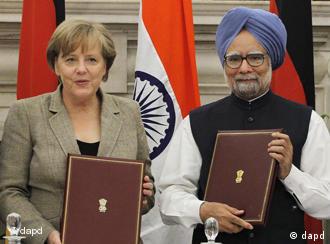 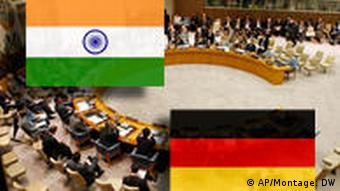 Terrorism in the region and the security situation in Afghanistan and Pakistan were among the host of issues discussed during the first Indo-German inter-governmental meeting with both leaders asserting that terrorism will have to be fought on all fronts and not selectively.

The German chancellor emphasized that stability in Afghanistan was vital for the region, saying: "We face similar challenges in the fight against terrorists on the one hand. And on the other hand we are united in the wish that Afghanistan may become a state that takes security matters into its own hands. India is very committed to that, as is Germany. In many areas we have also set up military missions in Afghanistan to stabilize the country." 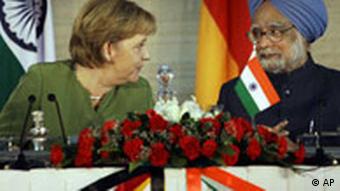 Merkel also pointed out that Germany would be hosting the next conference on Afghanistan by the end of the year which will address the issue of the reconciliation process in detail. 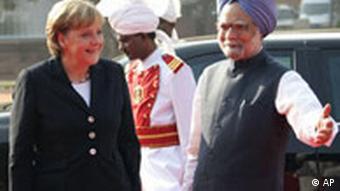 This is Merkel's first visit to India since 2007

"We wish to expand our production and research and development base and encourage more technological transfers," said the Indian prime minister, adding, "India offers a stable and friendly investment climate and a large growing market."

While Merkel is in India, she will receive the prestigious Jawaharlal Nehru award, one of India’s biggest political honors. This year, Germany and India are celebrating their 60th anniversary of diplomatic relations. To commemorate this occasion, Germany will showcase a 15-month series of events in various cities in India.

Pakistan and China are celebrating 60 years of close diplomatic relations. While economic ties are growing, experts agree the Pak-China is a friendship based more on strategic purposes than on business. (25.05.2011)

German Chancellor Angela Merkel has kicked off a state visit to India in a bid to forge stronger ties with the emerging nation. Both countries' interests run parallel in many respects, but a few differences remain. (30.05.2011)

US, India start up dialogue on internal security

The US begins a new chapter of cooperation for strengthening internal security with India. The talks are expected to include boosting counter-terrorism ties following the recent killing of Osama bin Laden. (26.05.2011)