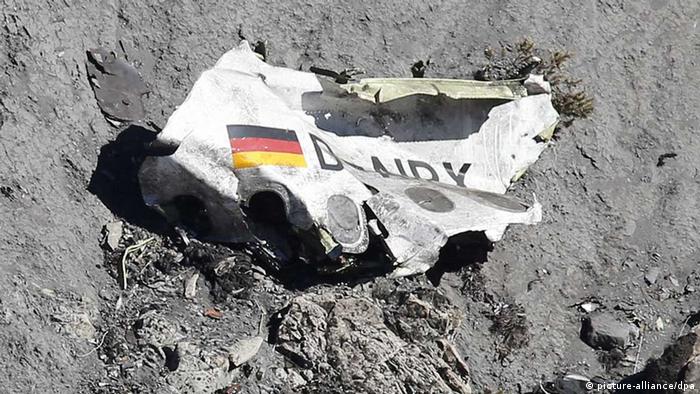 In September 2008, Lubitz moved to Bremen to start his pilot training with Lufthansa, prompting complaints about loneliness and sleep trouble in his new apartment. After two months, he broke off his training due to depression, also complaining of eye problems and writing that he was hearing noises.

"Committing myself to psychiatric treatment, severe depression, dream of becoming a pilot as good as finished," he wrote at the time.

Another entry in Lubitz's diary mentions the feeling of "sadness, I see how the world passes me by" and his belief that "jumping off a cliff is the only way out."

In the Monday report, "Bild" claims that the quotes come from the diary Lubitz kept on his home computer. The newspaper also claims an exclusive insight into thousands of pages, allegedly gathered by the French prosecutors, including assessments from Lubitz's doctors and other hints at his mental condition.

After Lubitz left the flight school, a therapist described Lubitz as suffering from "strong self-pity" and burdened by "internal conflicts." However, the doctor noted "no suicidal tendencies at this time."

After receiving extensive treatment, including medication, hypnosis and relaxation exercises, the young man appeared to respond to the therapy. In the summer of 2009, his doctor declared him ready to continue his pilot training.

The then-21-year old also turns more optimistic in his perspective, thanking his family members and girlfriend for their support in his diary. By the end of 2009, however, his depression returns. 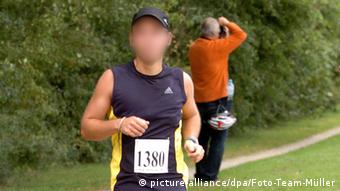 This time, Lubitz also complains of problems like "hearing noises, reduction in hearing and smell, feeling of numbness."

"In addition, I can barely think clearly and I am mainly preoccupied with the hopelessness of my situation," he says.

Crashing in the Alps

Despite his relapse, the pilot-in-training continued his education and obtained the rank of co-pilot in 2014. He described the year as "stressful," despite getting a job with Germanwings and moving in with his girlfriend in a Düsseldorf apartment.

In the months preceding the 2015 crash, he had seen 41 different doctors, according to the French prosecutors. Although many of them noted a serious psychiatric illness, nobody alarmed Germanwings or the air safety authorities.

Even after starting his job at Germanwings, Lubitz was signed off sick from work a number of times, including on the day of the crash. He apparently decided to cover that up.

According to evidence gathered by the French authorities, the 27-year old co-pilot locked the captain out of the cockpit and put a Germanwings plane into a nosedive above the French Alps, killing himself and 149 other people aboard last March.

The crash prompted the German authorities to boost cockpit security and move to introduce random drug and alcohol tests for pilots.

Four months after the Germanwings crash in the French Alps, a memorial ceremony for the victims is taking place near the site of the disaster. Some unidentified remains were buried in a communal grave. (24.07.2015)