Andreas Lubitz told his flight school in 2009 about previous mental health issues, Lufthansa has said. Meanwhile, a French and a German paper are claiming to have seen video footage from within the cabin. 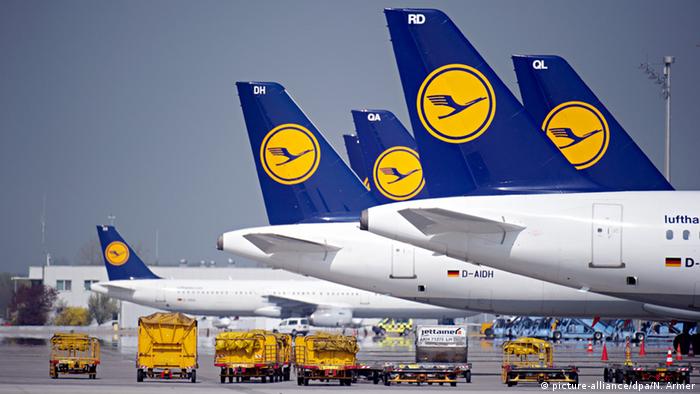 Amid media speculation about Lufthansa's psychological screening of its pilots, the German airline released a statement on Tuesday about what was known of Lubitz's mental health during his time in flight school.

Audio recorded by the first black box has led investigators to believe that Lubitz purposely flew the A320 into a mountainside last Tuesday, killing himself and the 149 others on board. The case has fueled media speculation about Lubitz's mental health and airline safety.

"In this correspondence, he informed the Flight Training Pilot School in 2009... about a 'past episode of severe depression'," Lufthansa said, adding that it had submitted the evidence to investigators.

Lufthansa prides itself for its rigorous testing of its pilots - which it calls "the best in the world" - and had previously confirmed that the co-pilot had been "100 percent fit to fly" on the day of the airline disaster.

It has also previously confirmed that he had passed all of his flight school tests despite having taken a break from the program for several months.

In the days since the crash, information from prosecutors and people who knew Lubitz have trickled in, pointing to issues with mental health, but ultimately providing inconclusive evidence about his state of mind on March 24, when the A320 flew into the side of a mountain near Seyne-les-Alpes en route from Barcelona to Düsseldorf.

German prosecutors said on Monday that Lubitz had received psychotherapy treatment for suicidal tendencies before becoming a pilot. However, chief prosecutor Ralf Herrenbürck emphasized that Lubitz had not shown signs of suicidal behavior or of aggression since then.

Two major publications from Germany and France, "Bild" and "Paris Match," reported on Tuesday that they had seen a video - seemingly filmed on a cell phone - of Flight 4U 9525's last moments in the sky. Neither publication immediately displayed the video, instead recounting its contents in print.

Bild reported that an investigator involved in the case had found the video among the wreckage at the crash site in the French Alps.

"Although the scene on board is chaotic and very shaky, and no individual people are recognizable, the veracity of the video cannot be doubted," Bild said.

Apparently filmed from the back of the plane, the footage is said to support existing evidence on the plane's last minutes in the air from the cockpit voice recorder. The German and French publications reported that cries of "my God" were audbile in multiple languages - as were three metallic bangs, which they claimed were the sounds of the pilot trying to force his way back into the cockpit after Lubitz seemingly locked him out.

France's aviation investigators, known as BEA, said on Tuesday, that its agency would probe both psychological profiling and cockpit doors. The pilot on board the Germanwings flight was reportedly unable to open the security door, despite entering an emergency code reserved for flight personnel. 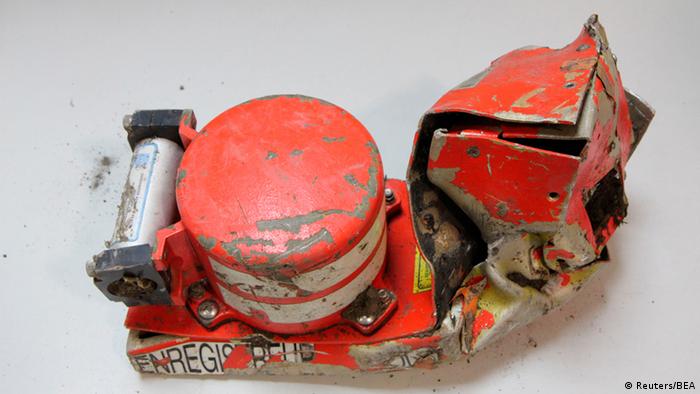 Audio from the first black box provided evidence forthe current theory of how the plane crashed. However, investigators still must locate the second black box for flight data information in order to reach a more definitive conclusion

"The Safety Investigation will be oriented towards the cockpit door locking system logic and cockpit access and exit procedures, as well as the criteria and procedures applied to detect specific psychological profiles," BEA said in a statement.

"[We will study] systemic weaknesses [that] might possibly have led to this aviation disaster," it added.

Recovery efforts continued on Tuesday in the French Alps. During a joint press conference with German Chancellor Angela Merkel in Berlin, the French president, Francois Hollande, said that scientists at the base camp expected to have identified all 150 passengers in the coming days.

"By the end of the week at the latest, it will be possible to identify all the victims," Hollande said, relaying information provided to him by his interior minister, Bernard Cazeneuve.

Shortly after the press conference, authorities in Seyne-les-Alpes also praised efforts in the Alpine town, where many of its residents have provided accommodation for the families of the victims.

"The exceptional mobilization" would continue through the upcoming Easter holidays, a spokeswoman representing the Alpes-de-Haute-Provence told reporters on Tuesday. She added that police would also continue providing support to the victims' loved ones and protecting their privacy.

Insurers for Lufthansa, the parent company of Germanwings, have set aside $300 million as compensation for the air crash in the French Alps that killed all 150 people on board last Tuesday. (31.03.2015)