Germans get hooked on ′SlowFisch′ | Environment | All topics from climate change to conservation | DW | 12.11.2012

Germans get hooked on 'SlowFisch'

This year's SlowFisch convention in Bremen celebrated local fishing traditions and artisanal food production. It's an extention of the Slow Food movement, which began in Italy as a reaction to industrial food production. 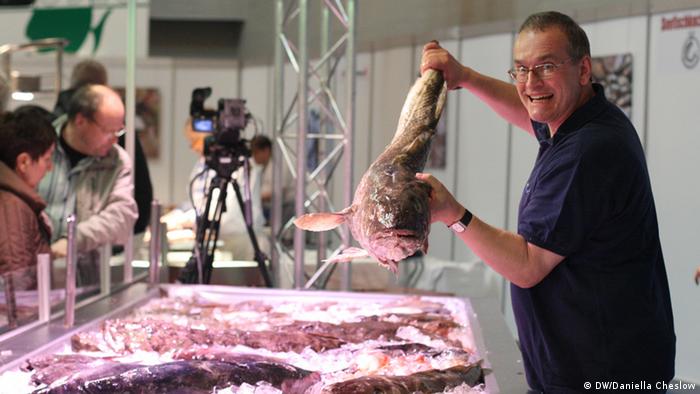 Uwe Sturm lives in northern Germany, on the shores of the Baltic Sea. He says locals often visited the coast, hoping to buy fresh fish – but usually left empty-handed. "There were often no fisherman, or there were no fish. Or not the right fish," he said in an interview with DW.

"A lot of consumers stopped shopping at the harbor."

Sturm saw an opportunity to connect consumers with artisanal fishermen. He built a website called ‘Fisch vom Kutter’ which means ‘fish from boats’ in German. The site gathers SMS messages from fishermen who are returning to shore with their day's haul. Customers can go online and find out what kind of fish is for sale at which port. The project is now two years old and the site tallies around 600 hits a day. 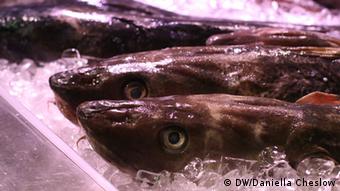 Sturm says the program is helping preserve traditional fishing culture in northern Germany. Fisch vom Kutter now has a Danish site and European Union funding. He hopes to expand the service to other ports in Germany and then across Europe.

Sturm was one of 163 presenters at SlowFisch 2012, an exposition in Bremen devoted to strengthening local fishing traditions and encouraging artisanal food production. The project is part of the Slow Food movement, which began in Italy about twenty years ago as a reaction to industrial food production.

Meet what you eat

Germans are consuming more fish today than they did ten years ago, with the average person eating 15.6 kilograms in 2011. Fish consumption in Germany is highest in northern, coastal areas and lowest in southern regions. But despite their growing appetite for fish, SlowFisch spokesperson Sabine Wedell says Germans import more than 80 percent of the seafood they eat. 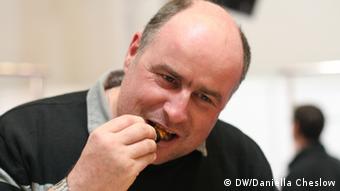 At SlowFisch 2012 German fishing traditions were celebrated in two cavernous exhibition halls filled with chefs steaming mussels and artisanal producers pushing mustard, wine and cheese. Now in its fifth year, the fair was held in Bremen, a northern German city with a harbor to the North Sea.

Among the exhibitors was food chemist Ines Lehmann, who gave a tasting workshop. Visitors were encouraged to sniff, poke and taste-test common varieties of fish available in Germany. Her 40 guests sampled wild and farmed salmon. The wild salmon was redder, tougher and more flavorful than its domesticated counterpart.

Meanwhile, in another corner, fish expert Matthias Keller hoists up a silvery monkfish over a giant bed of crushed ice. He told the crowd about the dozens of species available in and around German waters. Keller works for the Fish Information Center, which has an online fish reference guide featuring species of mackerel, cod, herring and other fish available in Germany.

But, while eating fish was high on the menu, the exhibition was also about encouraging consumers to make informed choices. Annerose Pritzbeuer from Greenpeace passed out shopping guides to help customers avoid buying fish harvested though abusive practices. Her organization wants to extend a discard ban, to prevent the waste of less marketable fish, or 'bycatch'. According to the Greenpeace guide, mackerel, trout and herring are in, but Germany's favorite fish – Alaskan pollock - is out. 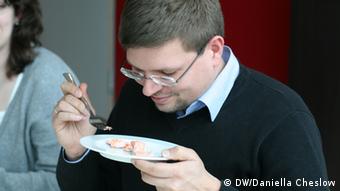 Fish expert Keller also warned that sustainable fishing practices were needed to protect local populations of eels which are threatened in Germany’s waters. But he added that cod populations in northeastern Arctic waters are recovering after three decades of overfishing.