Germans among those featured in the Paradise Papers | Business | Economy and finance news from a German perspective | DW | 06.11.2017

Germans among those featured in the Paradise Papers

The Paradise Papers have shown that many Germans are among those who park their money in tax havens. They may have done so legally, to cover up illegal business deals, or simply to benefit from tax avoidance schemes. 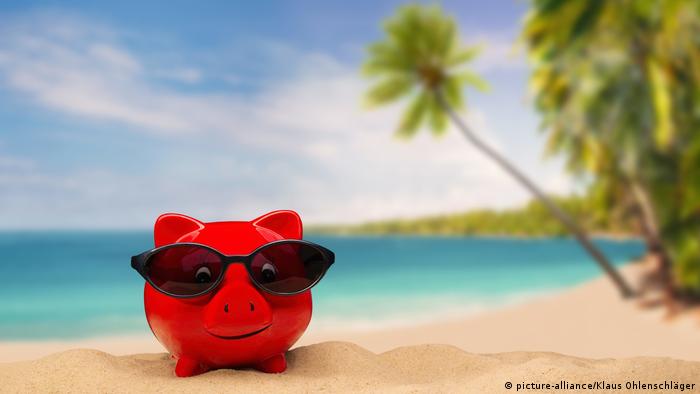 The Paradise Papers reporting suggests that many high-ranking policymakers, major companies and celebrities have been putting a lot of their money in tax havens. More than 120 people from almost 50 nations are implicated in the documents, among them some Germans.

It was already known that former German Chancellor Gerhard Schröder had contacted law firm Appleby about "certain procedural issues concerning legislation on the Virgin Islands." According to the Süddeutsche Zeitung newspaper, he was an independent member on the supervisory board of the Russian-British energy firm TNK-BP back in 2009, an offshore company based in the Virgin Islands. Information on who pulled the strings between BP and Russia's Alfa group had been known for a long time, bot no one in Schröder's Social Democratic Party seemed to bother.

- Offshore - the legal and the not so legal

Schröder is not the only German with a firm place in the Paradise Papers. The documents make a mention of roughly 1,000 German clients, beneficiaries or people otherwise involved in tax avoidance schemes, among them politicians, billionaires, entrepreneurs, aristocrats and investors.

Being involved in offshore deals does not automatically mean being involved in any legal wrongdoing. What has become clear, however, is that many loopholes remain in the law that help people and companies cover up their finances.

The Paradise Papers claim that German companies Sixt, Deutsche Post, Siemens, Allianz, Bayer, Deutsche Bank, and hotel chain Meininger are among those using the services of the Appleby law firm to exploit any tax-relevant loopholes.

And there's mention of Paul Gauselmann, the head of Germany's largest gambling company. His Merkur gambling halls made him a billionaire. Now he has turned to online gambling, despite the fact the practice is prohibited in Germany. It's a growing business nonetheless.

Operating in somewhat of a legal grey area, Gauselmann provides online licenses for his Merkur autoplay games through a subsidiary based on the Isle of Man. He himself doesn't violate any laws, but helps others to do so. Banks have been profiting from this scheme. It's true that financial institutions are not allowed to transfer money from illegal businesses, but they often cooperate with foreign payment service providers enabling online gambling in the first place.

Tax avoidance of the super rich

The Paradise Papers have also put the Engelhorns, a German billionaire family, in the spotlight again. They didn't seek to earn money with the help of Appleby, but they were out to avoid taxes to the tune of millions of euros, as the Süddeutsche Zeitung suggested.

Pharma mogul Curt Engelhorn, who died in 2006, sent millions of euros to two daughters via a trust abroad. Only, the heirs didn't pay any taxes, which eventually led to a huge tax trial in Germany. In the end, the heirs had to fork over 145 million euros ($168 million) in back taxes in an out-of-court settlement with regional authorities in Bavaria.

Investigators admitted that they were not in a position to scrutinize the complex global financial dealings of the Engelhorns. Many had an inkling back then that the back-tax volume must be a lot higher. The Paradise Papers seem to support that assumption in that the documents reveal data about the Engelhorns' financial dealings that were not known to investigators a couple of years ago.

The head of a finance employees' union in Bavaria, Gerhard Wipijewski, says the Engelhorns are not necessarily off the hook yet as new data may lead to new investigations and possibly a retrial of the Engelhorn daughters.

The head of German tax union DSTG, Thomas Eigenthaler, said the revelations from the Paradise Papers are just "the tip of the iceberg." He reckons that the German state loses between 50 billion and 70 billion euros ($58 billion and $81 billion) as a result of illegal financial dealings.

The German government has encouraged the journalists to share the clear-text data sets from the Paradise Papers. "We're in favor of making this information accessible to our financial authorities for analysis," a spokesman for the German Finance Ministry said Monday.