Germans among the dead in attack on Tunisia resort

German, British and Belgian tourists are among those to have been killed in an attack on a hotel at the Tunisian beach resort of Sousse. The resort is popular among European tourists. 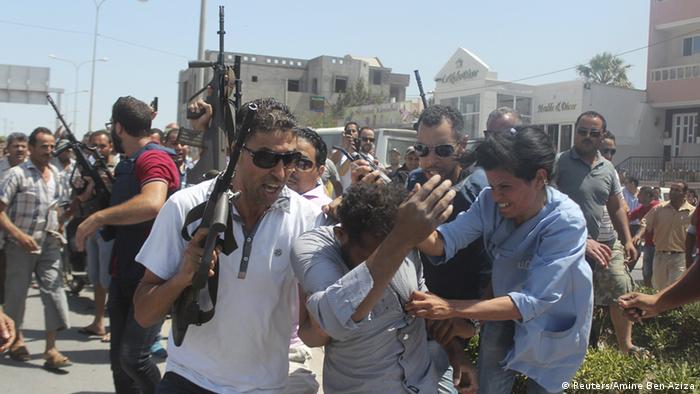 At least 37 people, including foreign nationals, were killed in the attack at the Imperial Marhaba hotel in the Tunisian resort of Sousse, around 140 kilometers (87 miles) south of the capital, Tunis, on Friday. Several others were reported to have been injured and were being treated in local hospitals.

Aroui offered little in the way of details about the attack, but he did say that an armed man had "entered through the back of the hotel and opened fire." He added that "the assailant was killed," but did not rule out the possibility that other gunmen were involved.

Later, the Reuters news agency cited Tunisia's health ministry as saying that German, Belgian and British nationals were among those killed. 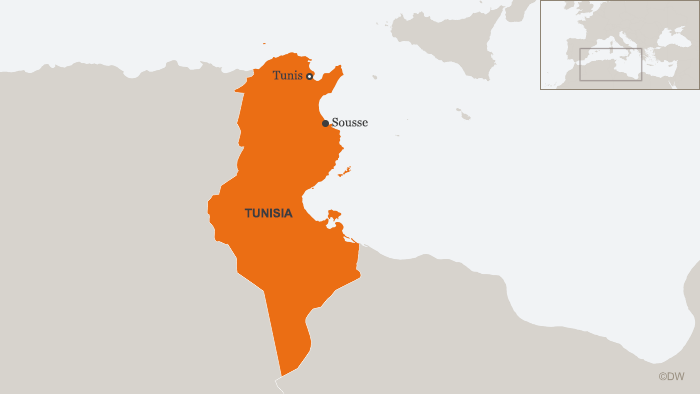 Earlier, Reuters quoted an unnamed source, who reported seeing the body of the gunman lying dead at the scene, with a Kalashnikov assault rifle by his side.

The attack in Sousse came on a day when terrorist attacks were also reported in Kuwait and France.

A statement released by the Elysee Palace on Friday said that French President Francois Hollande and his Tunisian counterpart, Beji Caid Essebsi had spoken in the wake of the attacks and expressed their two countries' solidarity in the face of the "scourge" of terrorism.

The German Foreign Office used its Twitter account to relay a statement by Foreign Minister Frank-Walter Steinmeier condemning the "cowardly attack" in Sousse.

Sousse is one of Tunisia's most popular beach resorts with European tourists, and also draws many visitors from neighboring North African countries.

Tunisia has been on high alert since March, when Islamist militant gunmen attacked the Bardo museum in Tunis, killing more than 20 foreign tourists. Until Friday's attack, this had been the worst to hit the North African country in several years.

Take a look at the top stories we're following from across social media today. Participate in our questions of the day and share your comments and content with us. @dwnews wants to hear from you. (23.06.2015)